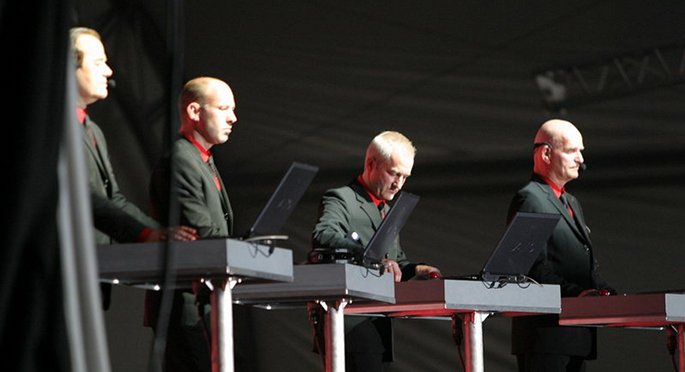 The robots are on telly this weekend.

Footage from Kraftwerk’s epic album-by-album residency at Tate Modern will be screened on British TV this week as part of a new documentary on the band.

Four tracks from the Computerworld night in the Turbine Hall appear in Kraftwerk: Pop Art, an hour-long programme that also features new interviews about the band and lots of tasty archive footage, including a live track from the original Computerworld tour in 1981 and excerpts from Ralf Hütter’s last ever filmed interview from the same year. Simon Witter’s film also has a rare clip of the band playing as a three-piece and a French television “staging” of ‘The Robots’.

Kraftwerk: Pop Art airs at 10pm (GMT) this Friday, January 30, on BBC4, but as usual UK viewers will be able to watch it back on iPlayer in case they’ve got better things to do on a Friday night.

Watch a clip from Kraftwerk’s Tate Modern residency below and check out footage of the band’s live television debut way back in 1970.