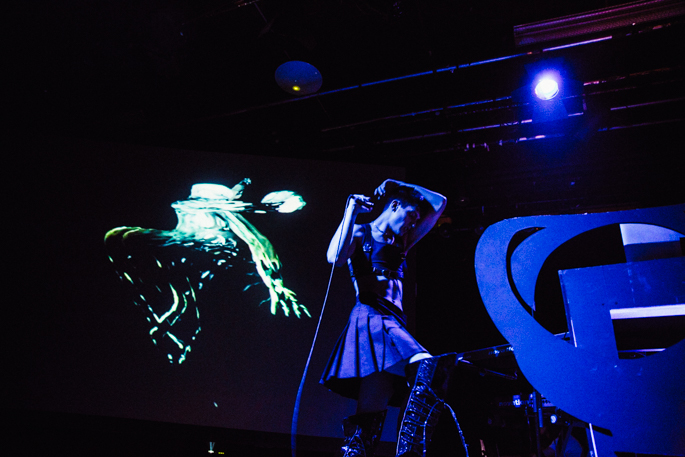 Leading the charge, FKA Twigs, Flying Lotus, Duran Duran, Róisín Murphy and Arca & Jesse Kanda (pictured above at their recent show at London’s ICA). Skrillex and The Bug will be representing for the heavier side of things, while Hot Chip, Die Antwood and Yung Lean & The Sad Boys also stopping by for sets.