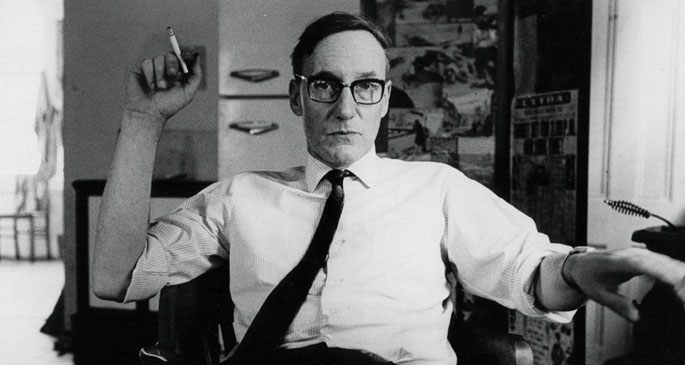 Styled by the label as their most “ambitious project to date”, this set sticks to a similar timeframe as its predecessors, but focuses on disco curios from Brazil. The trackisting includes a mix of regional big-hitters (Marcos Valle, Jorge Ben) and relative small-fry (the ace Painel de Controle; Tarántulas, who contribute a slinky cover of ‘Don’t Stop Til You Get Enough’)

The set lacks the hallucinatory quality of the madder, badder Bombay Disco – and compared to the creative free play of the region’s ‘60s/‘70s Tropicalia movement, some of the music here feels leaden and pastiched – but you’d have to be surliest of curmudgeons to come away from this without your step feeling somewhat springier. Russian Disco compilation next, please?

Recorded in 1994 but only released in 2009 in a limited LP pressing, this one-off album features two specialists in dreamy early ‘90s circumspection, Slowdive’s Neil Halstead and Seefeel’s Sarah Peacock, plus Tony F. Wilson of spooky collagists Knives ov Resistance. Interest perhaps stoked by the recent Slowdive reunion, Important gave the album a proper CD release at the tail-end of last year, and it’s charms are still lingering on into January.

Wilson and Halstead’s productions, informed by the sort of abstruse electronics being played out at experimental South London club night Quirky, are brooding and industrial, situated sonically (and chronologically) between first-wave IDM and the dour exoticism of illbient. ‘Too Scared To Breathe’ is reminiscent of Aphex in clockwork fancy mode, ‘Zurich’ is a superb stretch of dark ambient, and ‘A Harsh Truth Part 2’ will have plenty to say to anyone that’s sparked up or drifted off to Autechre’s Amber.

8. William S. Burroughs
Nothing Here Now But The Recordings
(Dais)

Appearing in conversation in Edinburgh this summer, Genesis P-Orridge explained how William Burroughs’ shadow loomed very large over his work – that the great provocateur’s ‘cut-up’ strategies (whether applied to sounds, texts, bodies, or indeed anything) were a crucial component in his creative liberation. This Throbbing Gristle-affiliated release from the Beat figurehead makes the connection explicit, in witty and highly diverting fashion.

Nothing Here Now But the Recordings came about when P-Orridge and Peter ‘Sleazy’ Christopherson travelled to New York in 1980 to compile and organise Burroughs’ experimental sound works. Working out of Burroughs’ home, and with direct input from the man himself, the pair uncovered a rich seam of material: chopped-up spoken word, EVP experiments, mangled TV soundtracks, disconcerting coos and mumbles, and more. The result is a welter of sound and noise – a picaresque amble through Burroughs’ fearsome imagination.

Dais’ vinyl edition marks the album’s first vinyl reissue since its 1981 release, and has the support of the Burroughs estate. Essential for Beat/TG enthusiasts, manna for the curious.

A welcome return from blue-sky thinkers Numero Group, whose 2014 release schedule included cheery soft-rock from the scion of an oil baron (Ned Doheny’s Separate Oceans), an outsider metal comp bundled with a board game (Wayfaring Strangers), and enough shoegaze to fell an ox (their Bedhead releases). They’re particularly good at spotlighting little-heard soul and groove, and they follow last year’s Eccentric Soul set with this buoyant collection of antsy funk.

Based out of Columbia College between 1979 and 1982, and working under the stewardship of band leader Andre Gibson, The Universal Togetherness Band built a fearsome local rep as a tight, gleeful party outfit, gaining extra exposure on the short-lived WCIU funk show The Chicago Party. The compilation pulls highlights from the bands’ sizeable private archives, and much of it works superbly. The best tracks here – ‘Ain’t Gonna Cry’, ‘Real Thrill’ – are in a real hurry, pelting along at a fierce lick and daring the listener to keep up. The music crackles with the energy of the city; listening conjures the feeling of being a straphanger shuttling through Chicago at rush hour. The schmaltzier tracks and Curtis Mayfield knock-offs work less well, but these merry troopers more than deserve the renewed exposure.

It’s always heartening when the reissue churn leads to proper critical rehabilitation for those who deserve it, and, after a series of compilation nods and collaborations, there’s a real sense that Danish electronic music pioneer Else Marie Pade is finally getting her long-delayed dues. The bromide doing the rounds is ‘mother of Danish electronic music’, but both Pade’s story (student of Pierre Schaeffer, member of the Danish resistance during WWII) and her work deserve closer scrutiny.

Electronic Works 1958-1995, compiled with curator and collaborator Jacob Kirkegaard, offers a helpful overview to the neophyte. Much of the work here is based around glowering drones, spotted with electronic gurgles or strafing motifs. 1960’s Glasperlespil pieces are faint, frail, almost gaseous. 1958’s ‘Syv Cirkler’ – the first electronic piece perfumed on Danish radio – gurgles along like a Dick Raaijmakers composition. Her 1964 Faust suite – probably her most esteemed and heavyweight work – slides from weightlessness into distortion and discordance, layering eerie drones in a manner reminiscent of Delia Debyshire’s classic Dreams recordings.

The 3xLP set is limited to 500 copies, but one gets the sense that, even though this run is probably already snapped up, Pade’s reputation will have been upgraded for good – and despite approaching 90 and living in a residential home, she’s still involved with producing new work.

Having set up the Jamaica All Stars Steel Band, Trinidadian steel-pan player (and trained scientist) John A. Gibbs relocated to Philadelphia, and, working with local arranger Louis A. deLise, attempted to hybridise Quaker City soul and traditional calypso. Steel Funk pairs five steel drum performers with a 30-piece studio ensemble, and rattles through fine originals (the title track) and jolly novelty covers (‘Theme From Shaft’). The results are best summarised as limber, slightly wonky disco – with, y’know, steel drums. EM’s edition is freshly remastered; pity the hopeless sadsack who can’t find any joy in this.

There are enough enocomia out there about Liaisons Dangereuses, but it’s a very easy album to rhapsodise about – a spirited grotesquerie, and a key document in the Neue Deutche Welle. The German group (featuring one-time Einstürzende Neubauten member Beate Bartel) recorded this album in 1981 with Conny Plank, and its reputation has been bolstered by the recent archival mania for things mechanic, European and surly (Trevor Jackson’s acclaimed Metal Dance compilation series gave them a nod).

It’s, simply, a furiously creative record; it’s only familiarity and availability that keeps it out of this month’s top troika. A CD reissue did the rounds in 2013, and (lamentably) avoided this column’s dragnet, but this version marks the first vinyl pressing in yonks, and, with a Dubplates & Mastering reissue stamp, it’s never sounded better.

3. The Supreme Jubilees
It’ll All Be Over
(Light in the Attic)

A pearl from doomed soul outfit The Supreme Jubilees, a gospel-schooled family ensemble based out of the Witness Jesus Christ Church in Fresno, California. It’ll All Be Over was self-released on their own S&K label in 1980 in an edition of 500, and this band of amateurs toured hard, playing with acts like The Mighty Clouds of Joy and sleeping 12 to a hotel room. Their efforts eventually stalled, and they fell into obscurity, taking jobs driving buses or pushing pens for the IRS.

Like the caramel sunset on the front cover, the music on It’ll All Be Over radiates warmth and goodwill. Most of the music here – and the standout title track in particular – is leisurely, carried by tender but understated vocal performances, and frequently recalling the sort of groovy slop found on Sly and the Family Stone’s There’s A Riot Goin’ On (although with more God and less coke). The more vigorous cuts work well too, with ’Thank You Lord’ and ’Standing in the Need of Prayer’ offering top-notch devotional shirt-rending. No rulebooks are getting shredded here, but it’s a poised, gently addictive soul record with a balmy sheen.

New Beat was the Belgian cousin to acid house – slower and shlockier, replacing Balearic glimmer with the porny severity of 1980s electro-pop and EBM. The scene proved wildly lucrative during its late ‘80s/early ‘90s heyday and, like other checkpoints on the ‘nuum, eventually fell into commercial and critical disrepair.

In contrast with 2013’s mammoth The Sound of Belgium compilation, Musique Pour La Danse’s meaty 2xCD compilation focuses exclusively on the work of scene constant Rembert De Smet. Having found sizeable success with electro-pop outfit 2 Belgen in the mid-1980s, De Smet hitched a ride on the New Beat wagon; a decision that, whilst perhaps motivated by commercial expedience (the period was boomtown for moody club producers), resulted in a outpouring of playful and consistently creative club music.

The three hours of music included here, pulled from labels like Kaos Dance and Antler Subway, bristles with ideas. Produced under a raft of aliases (Kaos 007, Agaric) De Smet’s music is fantastically amphibian – chugging acid house dressed up in Alice Through the Looking Glass gothic. TYIF: Celluloid, Art of Noise, acid in all its forms. 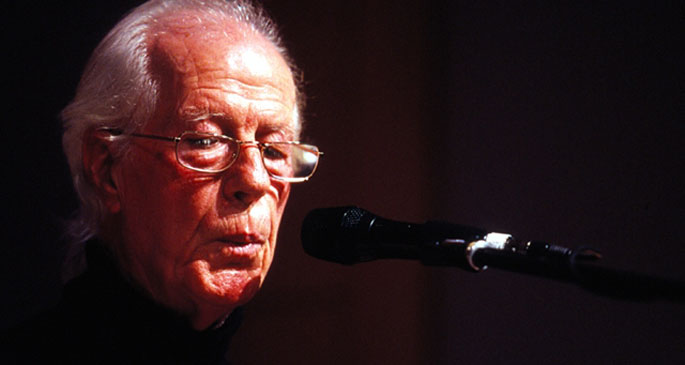 Alessandroni is best known as the composer of 40+ TV and film scores, from giallo to splatter (his lush, lurid score for Jean Brismée’s La Terrificante Notte Del Demonio clocked in at No. 9 in our top 100 greatest horror OSTs list). Other CV points include: choirmaster of note, Morricone collaborator, head of the SR label and doing the whistling on those iconic Sergio Leone themes. This exceptional, previously unreleased album – a shifty funk record with a dash of Throbbing Gristle grit – adds another string to a well-strung bow.

Commissioned by subscription-only library label Octopus, Industrial sounds leagues ahead of its time, and exists in a different slipstream to Alessandroni’s soundtrack work: a series of groove-based loops, some taut and anxious, some moody and low-slung. Recorded in the Rome workshop of composer Piero Umiliani (composer of Muppets earworm ‘Mah Nà Mah Nà’, which Alessandroni takes the credit for coming up with) in 1976, Industrial sees Alessandroni experimenting with tape loops, jangling percussion, treated honky-tonks and modular synths. The results range from electrified proto-techno (‘Stozzatrice’) to insinuating finger-picked rhythms (‘Viabilita’). Impossible to ignore. 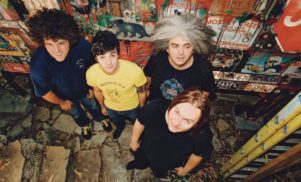 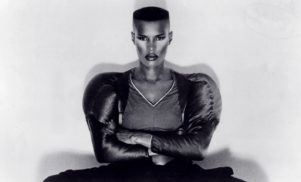 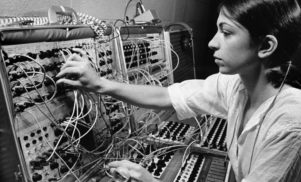 The month’s best reissues: Suzanne Ciani, the beginning of hip-hop and Algerian exotica 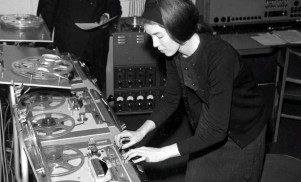 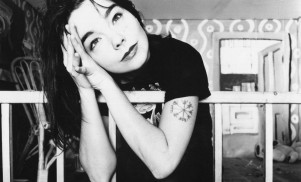 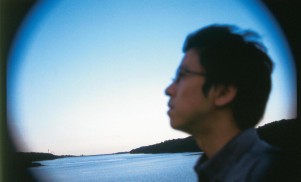 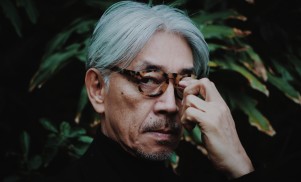 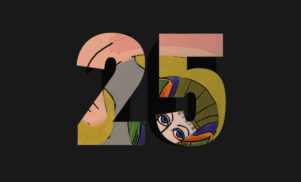 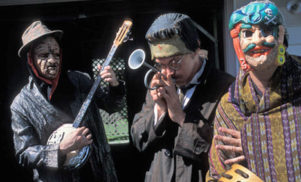 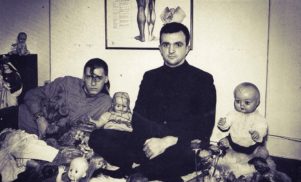