xxxy and Trus’me added to Mixed at Village Underground 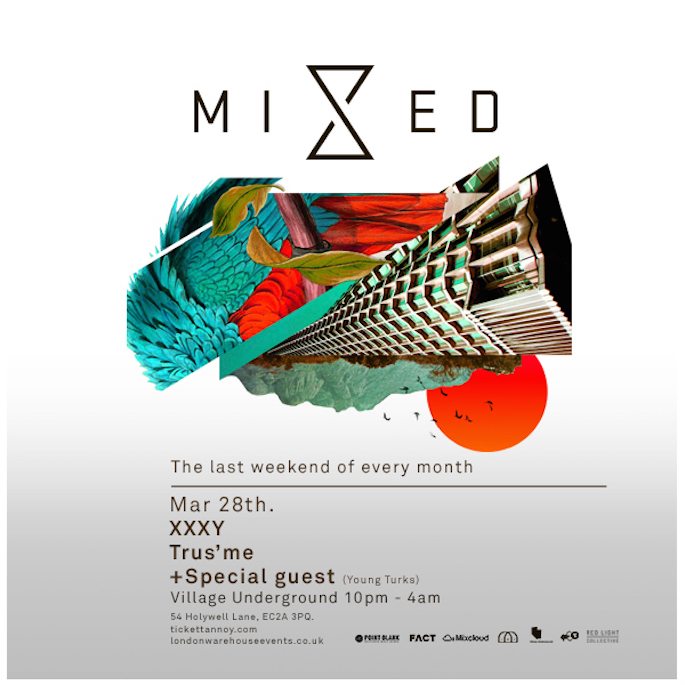 The Manchester DJs will appear in March with a special guest

The monthly event Mixed brings a pair of DJs to the Village Underground along with a third special guest who’s only revealed right before the event takes off. January’s edition, for example, will have Sisterhood, Citizen, and Ejeca, who recently contributed a FACT mix.

The March 28 lineup has just been announced and includes xxxy and Trus’me. The third guest hasn’t been announced yet, but the promoters provided a hint: it’s someone associated with Young Turks. That doesn’t do a lot to narrow it down, but it does leave some very exciting options open.

Look back at xxxy in our premiere episode of Against The Clock.