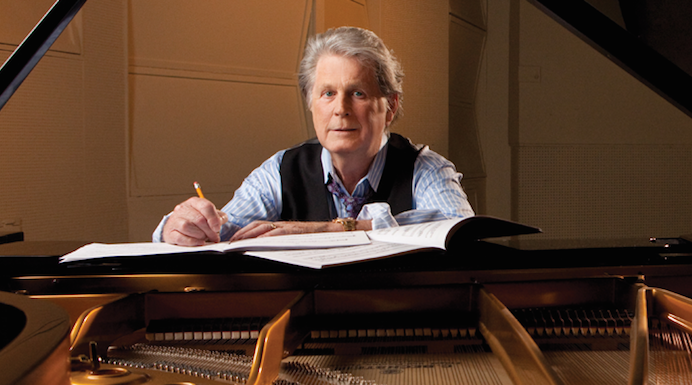 Brian Wilson has revealed details of his 11th solo album, No Pier Pressure.

As rumoured, the Beach Boy’s latest record features contributions from She & Him, aka Zooey Deschanel and M. Ward, country singer Kacey Musgraves and fun. frontman Nate Ruess, along with Beach Boys Al Jardine and David Marks.

Conspicuous by their absence are Frank Ocean and Lana Del Rey, who worked with Wilson on two of the album’s songs – ‘Our Special Love’ and ‘The Last Song’, respectively – but have been cut from the final versions, according to the tracklist below.

The album was produced by Joe Thomas, who reprises his role after overseening the Beach Boys’ 2012 record That’s Why God Made the Radio, and also features session players Don Was, Jim Keltner, Dean Parks, and Kenny Aronoff. Bonus songs ‘Don’t Worry’, ‘Somewhere Quiet’, and ‘I’m Feeling Sad’ will feature on a deluxe edition and 2xLP vinyl release. [via Pitchfork; NME]