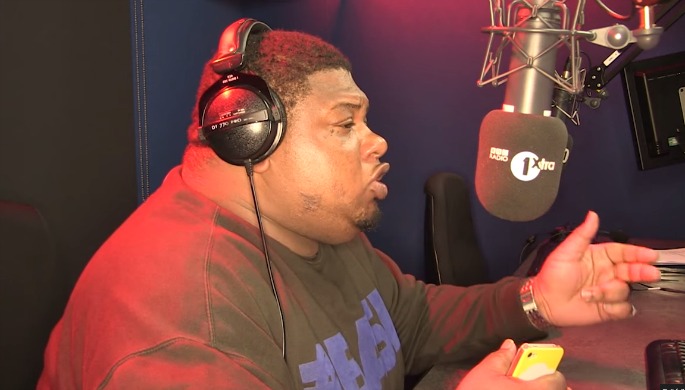 You can always count on Big Narstie to have an opinion.

On Charlie Sloth’s Radio 1Xtra show this week, the grime MC responded to a question about Chipmunk’s recent Fire In The Booth session with a lengthy speech about commercial grime and Radio 1’s failure to support “road” artists like him.

“Tinie [Tempah] and Chip trying to beef on a hardcore grime level is like Boyz II Men and Dru Hill,” he quipped, adding that both MCs took the commercial route while it was available to them, but now their fans are older they’re trying to get back in with the real scene.

He then launched into a ‘Teachers’-style shout out to unsung grime heroes like Axe FM, Spooky, Flex FM, South Soldiers and more: “If we’re gonna talk about grime, let’s talk about the originals.”

Sloth was left pretty much speechless, but did manage to use his bomb sound effect about 10 times more than necessary. Watch the full clip below or listen back on iPlayer.

Watch Big Narstie and Ghetts’ guide to making it as a rapper on FACT TV.