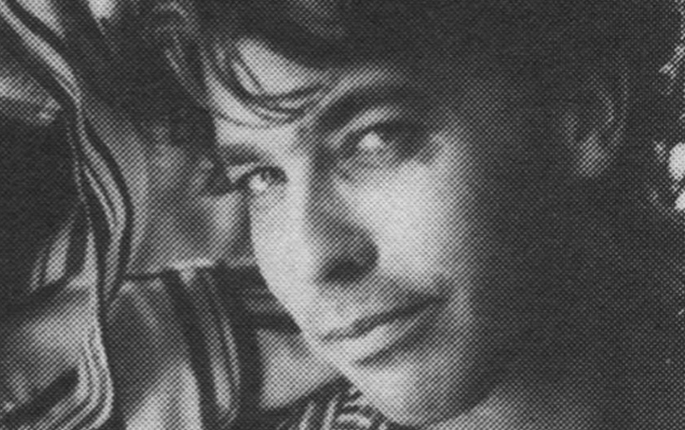 Optimo’s JD Twitch calls him “one of the top five users of a 303 of all time”. But Rembert De Smet, aka Ro Maron, remains little known outside of the relatively obscure genre of Belgian new beat.

Collected, a new anthology recently released on the Music Pour La Danse imprint, might change that. At two CDs and 30 tracks in length, it pulls together Ro Maron productions from 1988 to 1991 – a three-year window in which he released a staggering amount of music across a dizzying number of labels and pseudonyms, with esoteric and mysterious names like SM, Le Mystere, Sleep Walker, Agaric and Air Of Gloom.

By the time the new beat rocked up to Belgian discotheques around 1986, De Smet was already a professional musician, playing in the John Peel-approved synth-pop group 2 Belgens. The times, though, were a-changing. “It was the end of the new wave,” says De Smet, today a genial grey-haired father more interested in flamenco guitar than club music. “The groups were all still going, but the public weren’t interested. But there were all these discotheques, 400 or 500 in size, and they were filling up. It was time to look for another job, or take the opportunity.”

New beat was a sort of missing link – a brief but vital sound bridging the gap between EBM and electro-pop and later continental house and techno scenes. It was supposedly founded when an Antwerp DJ, Marc Grouls, spun ‘Flesh’ by the Belgian electronic band A Split-Second at 33 instead of 45, with the pitch nudged to +8. The result: a sludgy, heavy dance music pitched around 115bpm – as The Grid’s Richard Norris wrote, reporting on the scene in NME in 1991, “a sparse, relentless Mogadon groove”. It caught on in clubs in Brussels, Antwerp and Ghent, and soon DJs were mixing up homegrown Belgian productions with slowed-down American and German imports. Going by the name Ro Maron, so listeners would not draw links between his 2 Belgens work and his club productions, De Smet took up a basic rhythm box and a few guitar pedals and got to work.

De Smet’s productions tended to be raw and experimental, and he cites The Normal, Gary Numan, and particularly Adrian Sherwood and On-U Sound as influences: “I was always thinking of a punk way to make this dance music. It was always very underground, very primitive.” At the same time though, new beat was a production line. De Smet’s friend Maurice Engelen, who produced under the name Praga Khan, ran Antler Records, which boasted a number of sub-labels – Subway, Dance Opera, Kaos Dance – dedicated to churning out the new beat sound. “When Maurice heard a record like 101’s ‘Rock To The Beat’, he would immediately go and make a version of it,” says De Smet. “And it would be more successful than the original.”

De Smet says he wasn’t much of a clubber, preferring to spend time perfecting his tracks in the studio. He would, however, drop by new beat’s ground zero, the Boccaccio nightclub in Ghent, to hear his new productions on a big system. “You could take a cassette down to the DJ, pass it to him, and he’d put it on. You could hear it at home in your studio, but to hear it out – that was something else. We weren’t making radio mixes – it had to sound very deep, very bassy. It was music made for clubs, and you had to learn how to control that.”

Over the next few pages, Ro Maron details five of his classic productions exclusively for FACT.

“My first production. Maurice Engelen who came to me – he wanted to start an imprint on his label, Antler Records, called Subway – and he asked if I wanted to make some tracks that might work on the dance scene. I made this with Jean Lou Nowé, who was also in 2 Belgens. It’s very experimental, quite violent – some of the shouting voices I did myself, and there are some samples from karate films. I think you can also hear the frustration we had at the time – you know, we are writing guitar songs, with lyrics, and the record companies are telling us that times are changing. We were not so happy, as musicians!”

“You can hear this is a lot more primitive. A very straight bassline, a hard rhythm box, and that voice – beat, beat, beat! It was before we had the TB-303 that we made this. The reception was very good for this record, very good. It was an exciting time. The DJs would be slowing down these American and German records and calling them new beat, and then these totally unknown records would be popping up on the dancefloor. The more incognito it was, the better. I liked that people didn’t know we were from Belgium.”

“One of my very early inspirations came from old techno records, the real first house records – the sort made by just a guy with his rhythm box, and a little machine. I used the vocal sample in it, but I didn’t know where it was from – at the time, of course, we had no Wikipedia, no internet. I got some mail from England, telling me it was from a film called Entity. I had a lot of mail from DJs in England when this one came out – I never had that with 2 Belgens.”

“One of my favourite tracks, because it is so idiotic. When I was producing, sometimes I’d find some strange or creepy little sound by playing with a guitar pedal or something, and then you’d build a whole track around it, because if you were to think, I’ll recreate that tomorrow, you’d never be able to do it. My collaborator on this, Bhab [aka producer Ferre Baelen], was an expert on the 303. I was more about the atmosphere, the melodies.”

“My different pseudonyms were all about different moods. Sleepwalker was ambient; trance. Zsa Zsa Le Boum used very syncopated rhythms, very experimental. With Air Of Gloom, I was going for something meditational. It has a bit of a reggae influence, I think – the rastaman voice there. I wanted it to feel almost religious. By now I was starting to feel a bit alone with the things I did. New beat had become very image-led, all these stupid little videos. Groups would tour the discothèques and perform to a backing track. That was the beginning of the end, so I picked up a guitar, started to make music again.”