FACT’s Miles Bowe takes the reins of our Best of Bandcamp column this year, unearthing the finest, freshest and no doubt weirdest releases the burgeoning DIY platform has to offer.

Walking down the street in a suburb of Boston during the oppressively hot summer of 2012, I started listening to a Bandcamp page on my phone I’d come across through a friend. With a strange pink cover and track titles blending English and Japanese characters, it looked as if the entire page was the result of some glitch on the site, almost as if you’d get a computer virus if you hit play. So I hit play.

Over a sour, warped lounge melody, in stumbled a singer with a rich, low register. It was in fact the brazenly unlicensed voice of Donna Summer, pitched down to a deep male range that would have made John Oswald blush. It wasn’t tasteless so much as beyond taste. I stood there in the sun, listening and listening and listening, and I just kept coming back.

That record was Floral Shoppe by Macintosh Plus (one of many monikers for the mysterious producer now usually known as Vektroid) and it has grown to be one of the defining records of the Bandcamp movement. It’s currently the highest recommended experimental release on the site (Ben Frost’s By The Throat is second) despite never seeing a physical release outside the 100 cassettes which sold out years ago. Back then though, standing on a sidewalk with my mouth actually hanging open, it was something smaller and more personally important. That was the moment I heard the power and freedom these platforms gave artists.

Each month I’ll be checking in on the most interesting, enjoyable, and downright strange releases to recently pop up in these cyber back alleys. But it didn’t feel right taking on The Best Of Bandcamp without explaining how my interest in all this began, which means paying a small tribute to what was and is truly the best of Bandcamp.

In the following pages you’ll find releases from January, including reissued spirituals from the 1920s, a harsh noise breakup album, a band that’s quickly taken the metal world by storm, and the most fucked up re-appropriation of Nick Jonas’ ‘Jealous’ you will ever hear. 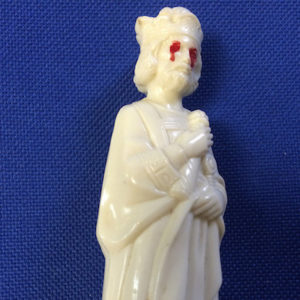 Captive In Babylon is a reminder of the fun of Bandcamp digging. It’s like being a kid again – picking something just because the cover looks cool with no clue what lies beneath. It’s this uncertainty that Periodic Table Tennis (aka Dustin Grant) uses to play with listeners on the opening ‘Age Of Aries.’ Sliding in on a glistening cloud rap beat, the song gradually shifts and bends until eight minutes (and one rainwater-filled interlude) later it’s descended into a wheezing field recording from hell. It’s not just a fake-out intro to a dark ambient record, though – Periodic Table Tennis never stops morphing his shape throughout this eerie, thrilling record. Later, ‘The Eunuch’s Vision’ pops and crackles with the kind of feverish quality that fogged up Geogaddi‘s more humid moments. It’s all the stronger having come shortly after the apocalyptic ‘Failed Escape (Utter Defeat),’ which between its groaning chants and gravelly scrapes brings to mind a burial ritual.

Babylon‘s back half opens with ‘Second Scribes,’ another nine-minute epic, but it’s also where the record emerges from subterranean heaviness to something breezier, even airy. The cultish chants grow more human as brisk drums blend with chirping crickets, leading into the glassy twinkle of ‘Age Of Pisces’. It’s the shortest moment on the album, but the most arresting by far. PTT keeps you guessing on Babylon until the final moments when the fragile bounce of ‘Age Of Aquarius’ gives way to a bright drone, a genuinely hopeful moment that just hints at something darker as a few sour piano notes seep in. It gets us to one perfect moment of tension, and of complete uncertainty, before abruptly cutting to silence. It hangs there like an unanswered question, and while re-entering these aural catacombs might not uncover more, Captive in Babylon beckons you back for another journey. 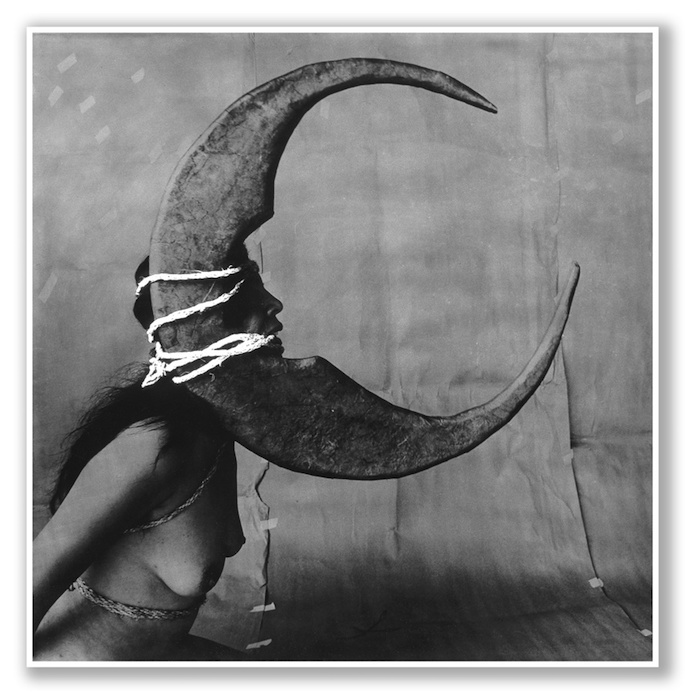 I have no idea what the full album Moonlover by Ghostbath, a one-man project from China, sounds like. There’s only one song available to hear. They’re going on here anyway because ‘Golden Number’ could very well end up being the best metal song of 2015. I know that sounds like an exaggeration, but at this point I’m just one voice in a chorus of overwhelmed excitement in the last few weeks.

Taking a clear influence from Deafheaven, but with a structural brilliance all its own, Ghostbath’s new track has almost too many high points to count. The soft intro gives way to sawing tremolo guitars, jackhammer drums, and howling screams, all brilliantly done – and expected, if you glanced at all the black metal tags. How about what’s not expected? How about that guitar solo two minutes in that shines like the sun? Once that swells there’s a moment when the nihilistic gurgles bloom into an uplifting battle cry and it’s hard not to scream along with it. It shifts into a breakdown near the midway point, but surprisingly never comes back for that big return, instead tumbling into an even prettier singular piano coda. Throughout ‘Golden Number’ the huge, lumbering beauty of post-rock gets armed with the razor sharp teeth of black metal. Ghostbath is going to be a behemoth this year. 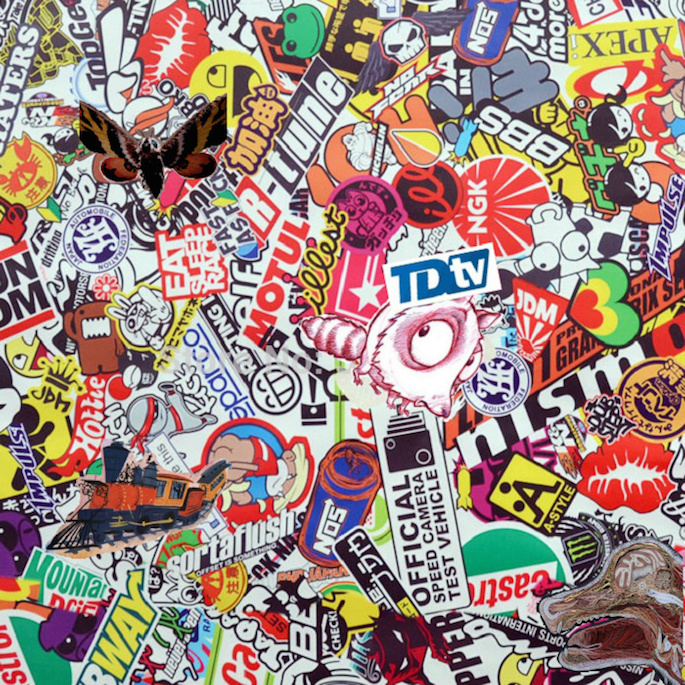 TD Cruze just delivered one of the grungiest compressions of musical garbage outside of the Bootleg Tapes camp. Holy Tony Hawk On A Hoverboard shakes you for about 15 minutes of thumping, pulsing, overblown edits of pop music, cock rock drums and recorded voices. ‘The World’s A Rail And I’m Just Trying To Grind’ opens with a kiddy version of Nick Jonas’ ‘Jealous’, gets interrupted by an arguing couple and shifts into boom bap Metallica before inviting Jonas back to party. You can listen and download on Bandcamp, but it’s actually best enjoyed on Youtube where Cruze pairs it with a montage of skateboarders. Set to the lowest possible video quality, sit back and enjoy. 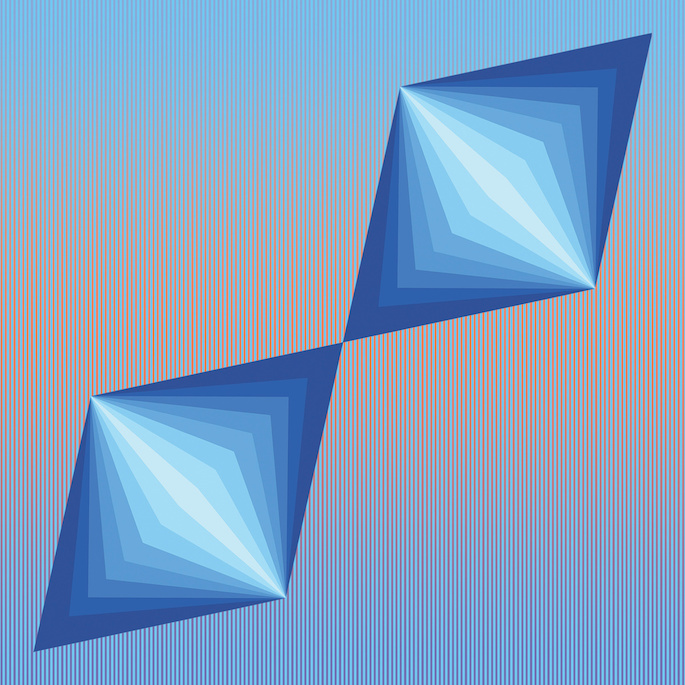 I’m cheating ever so slightly by including [PHYSICS] on here since this album technically came out February 1. But now I’ll be able to include one of the other synth warriors on Constellation Tatsu at the end of this month since they’ve got a couple February releases worth checking out. The duo [PHYSICS] sound like Dolphins Into The Future decided to get away from the beach and take a vacation in space. Lush drones float in zero-G while the occasional melody shimmers by like a distant comet. If you’re looking for something new to zone on, you’ve found it. 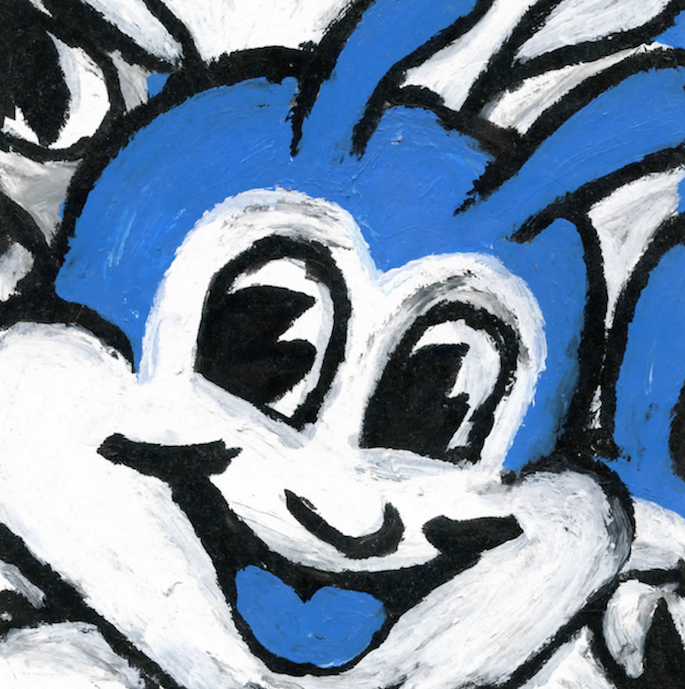 So many things about Christian Michael Filardo’s Fake Leather should point to a grim, angry album. The guy starts recording in a small apartment while on the verge of breaking up with his girlfriend/roommate. They do, and in comes a modular synth noise record inspired by it. There are tracks like ‘Late Night Phone Call’ and ‘Still Smiling’, innocuous titles made all the more uncomfortable by the context. But that welcoming cover is not ironic, and I believe Filardo when he adds that despite the album’s inspiration, these songs aren’t meant to be maudlin.

Fake Leather is an ugly record, but it also is one with a sense of discovery and excitement. Filardo’s songs reward sifting through the noise to uncover buried melodies, like on the 10-minute “Drowsy Romance”, which bookends raging passages with a blurry center fitting of its title. Tracks that often start especially brutal stumble upon moments of beauty, while others do the opposite. The closing ‘Incoming Text’ opens with a brief, faint melody before building a pulsing loop that rises and falls in exhausted swoons. It’s not always pretty, but transitions never are, and it’s what makes Fake Leather an oddly heartfelt bit of harsh noise. 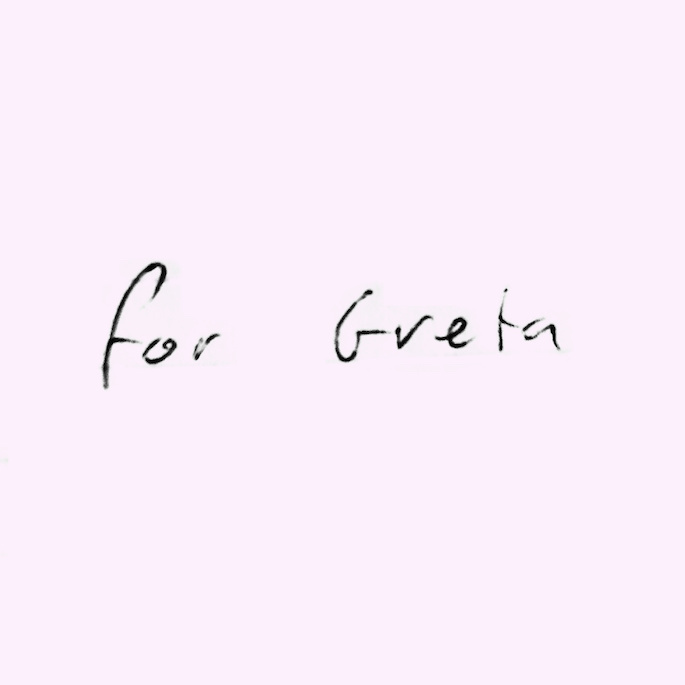 Vancouver ambient artist Scott Morgan, aka Loscil’s new EP For Greta comes with a touching story and cause behind it. The Greta in the title is the daughter of his two friends and was recently diagnosed with Ewing’s sarcoma, a rare form of bone cancer, and all funds raised from the EP will go to support her.

It’s impossible to remove For Greta from that context, but even if it wasn’t there, this release would have ended up on here. The floating melody in ‘Luna’ paired with the gentle waves of Krista Marshall’s cello is the real star here, a gentle peak bookended by two gauzy drone pieces. It’s a lovely release, and once you learn the story it all comes together as a beautiful tribute. 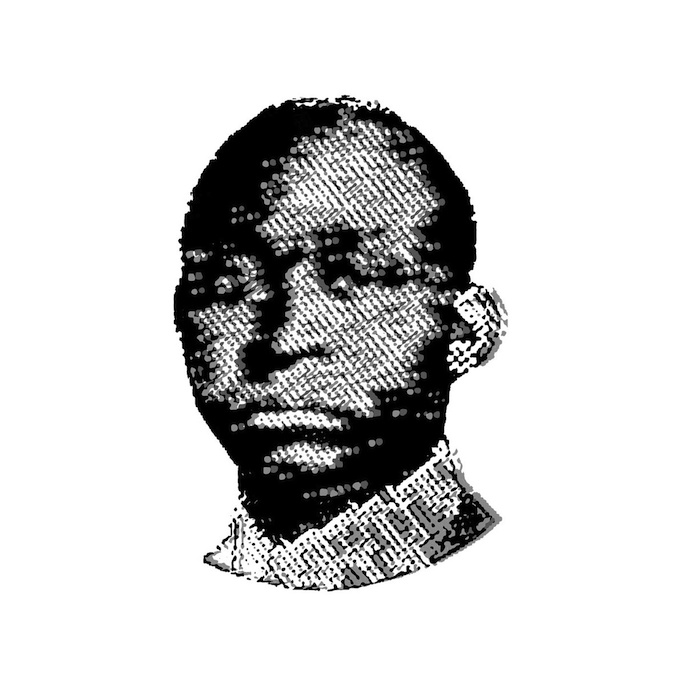 Reverend Edward W. Clayborn
Death Is Not The End

The UK label Death Is Not The End began last year with a pair of compilations collecting field recordings of prison inmates. For their first release of 2015 they’ve chosen something less morbid and more singular. I Have A Home In The Sky compiles 12 spirituals recorded by Reverend Edward W. Clayborn for Vocalion in the 1920s (the same label that would bring us Billie Holiday’s ‘Summertime’ and Robert Johnson’s ‘Cross Road Blues’ a decade later). It follows a similar compilation from Sister Ola Mae Terrell. Now with two collections each of prisoners and preachers, what they do next is anyone’s guess.

Page 1 of 8
Tags: The Best of Bandcamp