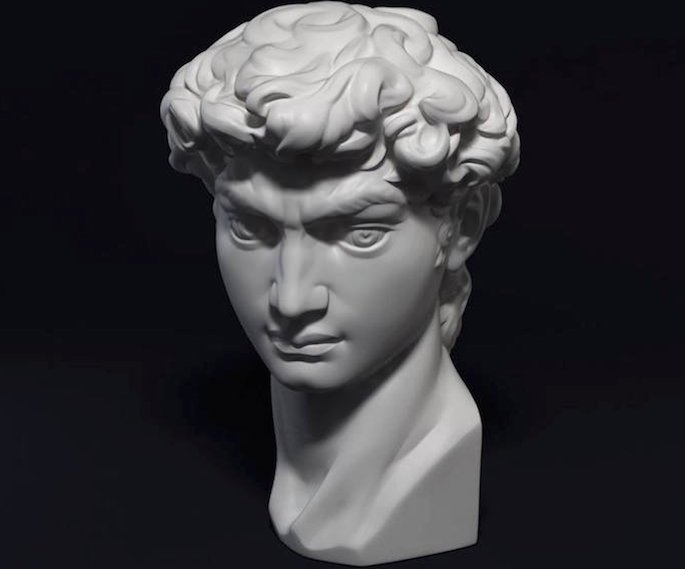 The one-time vaporwave godhead sounds reborn over these eight sinister minutes that make up her first recording in two years.

We’d like to say calling Macintosh Plus’ Floral Shoppe the greatest Bandcamp album of all time summoned the mysterious producer’s return, but it’s just a happy coincidence. The reality is Ramona Vektroid has been meticulously working for quite some time. It shows.

Her rework of Magic Fades‘ ‘Ecco’ appears on the remix album for their 1080p debut, Push Thru. Bearing almost no resemblance to the original, it brings to mind Vektroid’s 10-minute single ‘Enemy‘ which appeared on New Year’s Eve 2012, one of the last things we ever heard from her until now. That song’s massive structure and amibitious sound design felt like the start of something new for the producer, but proved to be more of a swan song. One of the great initial surprises of hearing her ‘Ecco’ is the way it not only affirms the promise made back then, but earns back that momentum.

Over eight minutes Vektroid deconstructs the human voice in multiple forms — from screams, to muzak-choruses, to an androgynous, snarled ‘Fuck You’ — and weaves them through a disorienting blend of pressurized trap and new age washes. There’s no need for build ups when a track opens with so much, and by the time Vektroid has passed the six minute mark the song has boiled down into its essential parts: a crushing attack of fractured industrial beats followed by a brief, oceanic release.

This all does leave the nagging question of “what comes next?” – but just press play again. For these eight minutes questions like that feel irrelevant. It’s been a long time coming, she’s finally back.