I Love You, Honeybear, the new album from American folk eccentric Father John Misty, came out on Sub Pop last week in all the usual formats, plus a deluxe double vinyl edition housed in a “Dioramic, Meta-musical Funtime gatefold jacket”. (See? “eccentric”.)

The spectacular package turned out to be a better idea on paper than on – well, than on the thick card it’s printed on, which causes a bulge inside the sealed package that actually destroys the vinyl. Realising the mistake, the label has now posted an apology to fans, promising to be “less ambitious in the future”:

“In our efforts to replicate the ‘wow factor’ of such legendary album packages as the Rolling Stones’ Sticky Fingers zipper cover by Andy Warhol, we wound up accidentally replicating the ‘defect factor’ of the same,” Sub Pop wrote in a statement.

“In short, the extra, bulging thickness of the pop-up art in the Father John Misty jacket creates a lump that, when the LPs are sealed and packed, pushes into the LPs, causing the vinyl to warp and making that handsome, painstakingly and expensively produced jacket an elaborate record-destroying device. This oversight, and any attendant suffering, is our fault, and we are very sorry. We promise to be less ambitious in the future.”

The label is now working on a coloured vinyl edition to replace the damaged LPs. If you’re in the market for flashy records, you might want one of these eight eccentric turntables to play it on. [via Stereogum] 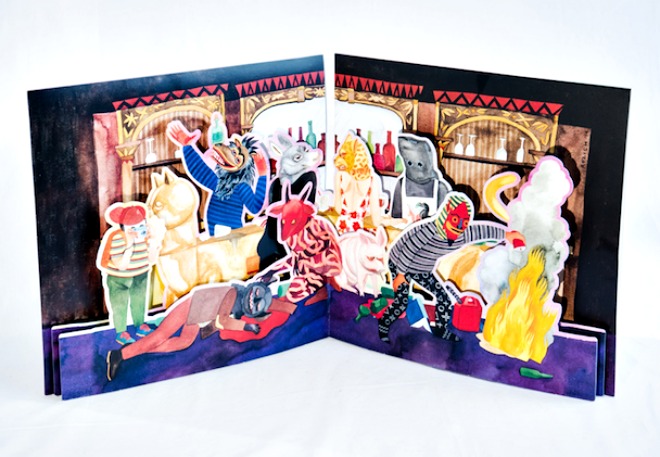