Drake’s weird handwriting has been analysed by a graphologist

Update, February 16: Now you too can adopt Drizzy’s “uncompromising” scrawl with a little help from the internet.

If You’re Typing This It’s Too Late is the website you need in your life today. [via Complex]

Last night Drake surprised us with If You’re Reading This It’s Too Late, a 17-track mixtape to keep us happy until his new album, Views From The 6, drops later this year.

Included with the new release is a handwritten dedication from Drake that pays tribute to various friends and influences, including Skepta, Madonna and Riff Raff. Time Out London got on the case immediately and sent it to handwriting analyst Tracey Trussell at the British Institute of Graphologists, who has deduced that Drizzy is “a man on a mission” with “a finger on the pulse of what makes people’s hearts beat faster”.

Trussell says she’s never heard of Drake and knows nothing about his music (“my era was the 1970s/80s”), so it’s all unbiased Proper Science, okay? Read her analysis below.

“Drake’s writing shows strong independence and an urge to be in control not only of himself and the people he cares about but also his environment, and particularly the social scene. There is a tendency to lack cooperation, and a strong desire to follow his chosen path. He’s highly self-sufficient, and struggles to make emotional connections with others.

“A curious mix of defiance, originality, hedonism and anxiety: this guy has a finger on the pulse of what makes people’s hearts beat faster, what’s current. Critically, he likes to move incognito: the facade is strong and impenetrable, built consciously and maintained very carefully. He loves to be involved in everything that’s going on, but won’t be pushed anywhere he doesn’t want to go.

“He takes up all the air time himself talking – no one else can get a word in edgeways – but it’s all because it matters, and he cares. He has set ideas about the things that matter to him, which inevitably results in an uncompromising attitude, an inflexibility, and in truth he has a strong desire to control people.

“Behind the mask there’s a strong delineation between his private life and his outpouring (or contribution) to society – the face he presents to the world. He doesn’t want to be in the public eye for glory sake, but he is a man on a mission, and he can’t be ignored. He is extremely committed.” 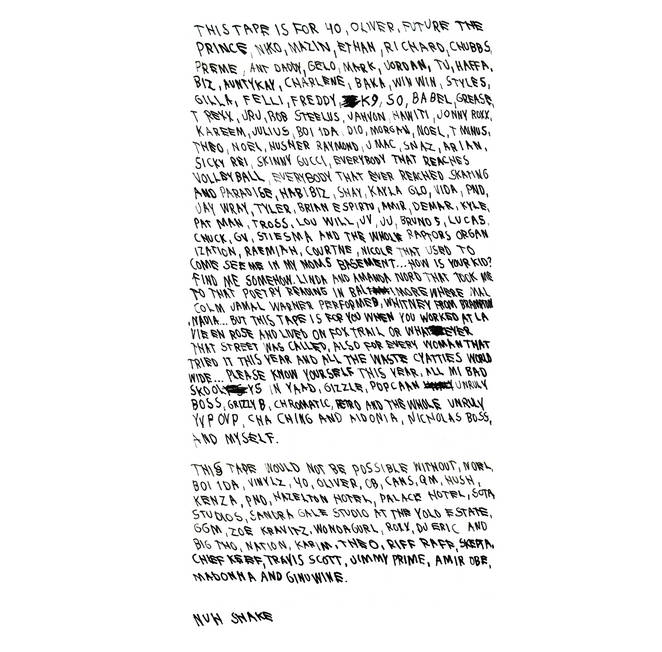