The broadcast also included an exclusive guest mix from Holy Other.

Tri Angle boss Robin Carolan explained at the beginning of the transmission that the show was curated by both Björk and Carolan himself. The bulk of the tracks played on the show were tunes that the pair had sent each other during the creation of Vulnicura. Björk also played a handful of string arrangements and instrumentals that inspired the compositions on her new LP.

A remix by Lotic of Björk’s ‘NotGet’ was aired for the first time, as well as an exclusive remix of Rabit’s ‘Straps’ by Arca.

You can revisit the show and check the tracklist below. 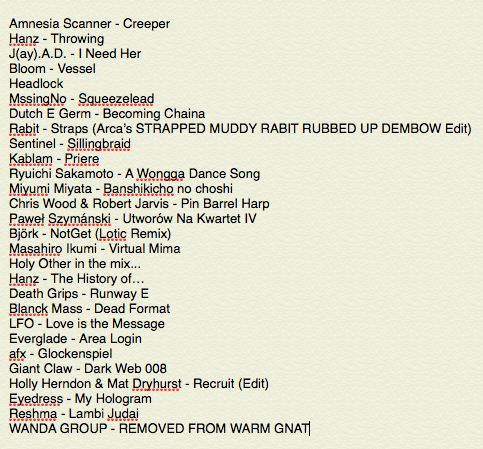