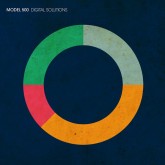 Techno originator Juan Atkins marks his 35th year in the game with the third full-length under his Model 500 moniker, a belated follow-up to 1999’s Mind And Body. It’s a similarly diverse, but harder-edged offering, touching on Motor City sci-fi, off-kilter electro, gnarly EDM and even some off-the-wall proggy breaks laden with guitar shred (‘The Groove’). There’s no one quite like Atkins. 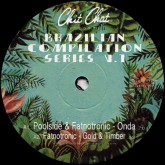 Channel that southern hemisphere sunshine with four sharp-as-a-pin reworkings of Brazilian jazz-funk, blending samba, soul and disco in a such a debonair fashion that you’ll be reaching for your Ray-Bans in seconds. The artwork is truly covetable as well. 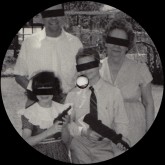 Glasgow house classicists The Nuclear Family follow up last year’s After Effects EP with the twinkling, transportive ‘Come Dine With Us’, which Atlanta boogie specialist Moon B squelches into even gooier, glossier, heart-warming shapes on the remix. The flip takes things further out on ‘CDWJ Dub’ and the after-party crash-out of ‘Hand Of God’ – solid stuff all round.

Malian bluesman Ali Farke Toure and American guitarist Ry Cooder recorded Talking Timbuktu in just three days in 1993 and picked up a Grammy Award for their efforts. Now available on vinyl with a previously unreleased bonus track, these subtle meditiations make for a record to sink into. 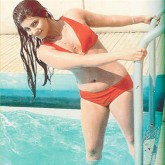