ILoveMakonnen sets first headlining tour in the US this spring

The Atlanta rapper/singer will tour North America before the release of his debut album.

ILoveMakonnen might have had a big 2014 with the smash success of ‘Club Goin Up On A Tuesday’, but 2015 is already looking even bigger. We already know he’s working on his debut album with a long list of star collaborators and the festival appearances are adding up too.

This spring Makonnen embarks on his first headlining US tour, titled Loudest Of The Loud. The tour, which will include special guests along the way, will likely be a good spot to catch material from his upcoming debut, which he has promised will drop around June or July. Check out the full dates in the poster below. 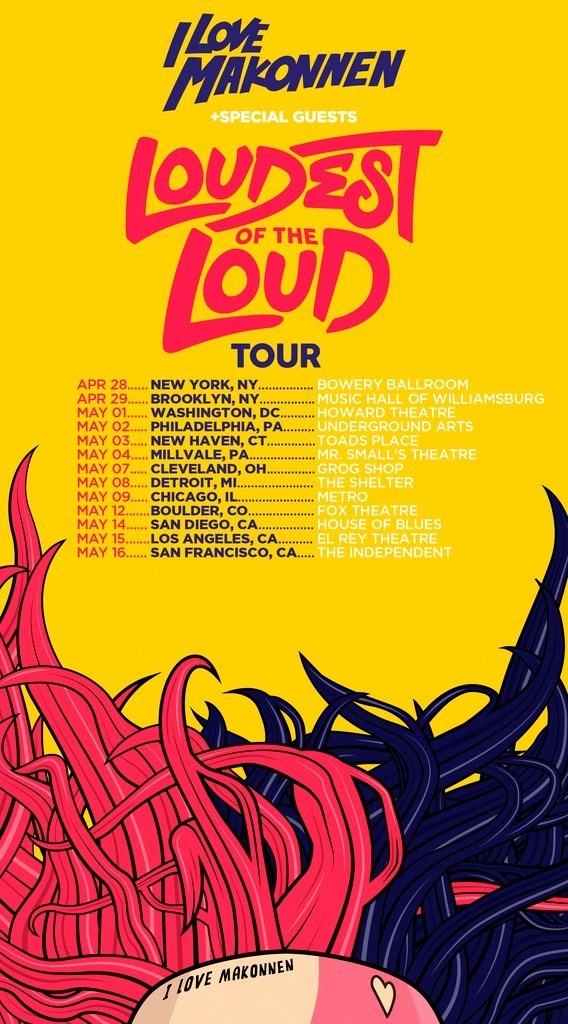