Unfortunately the Silvan Audio Workshop wasn’t the first to put a turntable in a tree trunk.

A few days ago we reported on a Kickstarter campaign for a father and son team making bespoke turntables out of wood and parts from high-end Rega turntables. Now it looks like their campaign to raise $14,000 to improve their workshop space could be in trouble, as a rival manufacturer is claiming their idea is a little too similar to a product he’s been making since 2009.

As Engadget reports, Audiowood owner Joel Scilley claims the Silvan Audio Workshop’s turntables infringe on the copyright of his ‘Barky’ design, and he’s asked company owner Kent Walter to halt his campaign. Scilley has also filed a DMCA notice with Kickstarter to get the campaign removed, but according to Kickstarter, the dispute falls outside its copyright and trademark policies. For comparison, ‘Barky’ can be see above while the Silvan Audio Workshop’s offering can be seen below.

As the Barky turntable has featured in more than 20 major international print publications and dozens of websites since 2009, Scilley claims he automatically has protection under US copyright law. Walter says that although he came up with the idea independently back in 2011, he has known about Audiowood since last September, and decided to push on with the Kickstarter campaign regardless.

In an update on the crowdfunding website, Walter said: “We don’t have a corner on or a legal claim to Rega’s parts, and we certainly don’t have a claim to trees either, so our intent is honest and completely friendly competition in an area we arrived at sincerely and really believe we’re completely free to work in.”

Unfortunately, Scilley doesn’t see it like that. “Barky is my signature design,” he says. “It is on my business cards, the cover page of my website, and it is the most published of my designs to date. In copying this model, Silvan chose the most successful of my designs.”

As the image below demonstrates however (as pointed out by Walter on his recent Kickstarter update), it was actually Jethro Tull that had the idea first back in 1977. 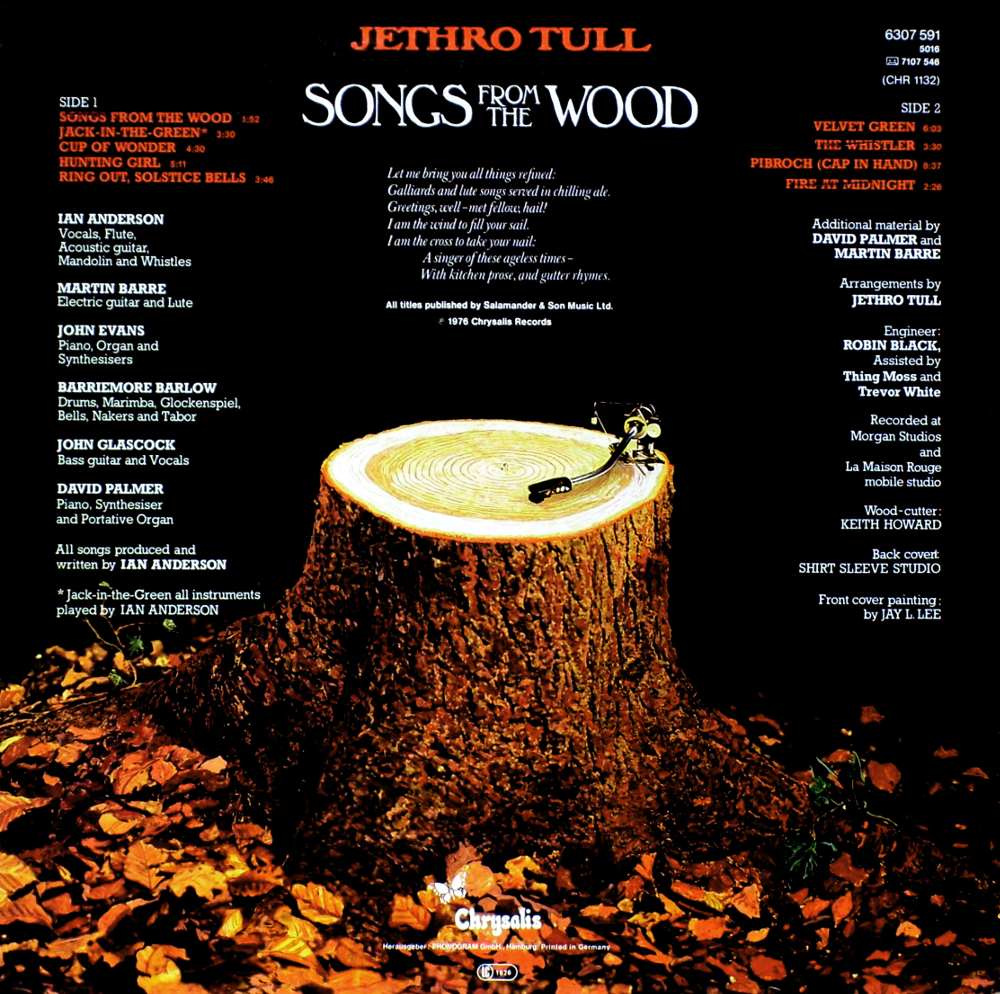