Björk collaborated with directors Inez and Vinoodh, visual effects house Framestore and Company 3’s Tim Masick for ‘Lionsong’, an otherworldly video that brings the Vulnicura art to life as Björk literally sings her heart out about “abstract, complex feelings.”

Powell’s mind-melting ‘Sylvester Stallone’ gets an equally brutal video, as if his harsh electronics could actually warp bodies, burst veins and — in the climax — explode heads. An homage to Cronenberg’s Scanners and A Clockwork Orange, with a touch of the Broken movie.

Holly Herndon and her frequent collaborators Metahaven made a lyric video for a song with no discernible lyrics. ‘Interference’ layers 3D renderings, various bits of footage and Herndon’s “lyrics” about love, hope and perseverance in hypnotic fashion.

A contrast to the high concept video for ‘Buried’, but just as sexual and violent, ‘Beams’ is Shlohmo’s excellent adventure (or bogus journey?) through the ever-shrinking New York of legend. A frenetic super collage of shirtless raves, Halloween masks, subways rides, hotel parties and life in the margins.

Ciara is a brokenhearted ballerina in ‘I Bet’, a song widely-assumed to be about at ex-beau Future. CiCi’s ‘Unbreak My Heart’ plays like a dignified version of ‘Ride’ but with the message of ‘I’m Out’. Just a reminder: Ciara had a baby less than a year ago; ballet must work.

A lost demo from an album aborted for being “too depressing,” ‘Realiti’ showcases Grimes’ trademarked take on electro-pop; the technicolor video was filmed during and for the attendees of her Asian tour and looks like a neon postcard from the near future.

The video for ‘Spyworld’ is as jittery and electronic as the track itself, as the all-seeing eye of its title watches the viewer through layers of digital noise.

“Winter’s never been this mild / Oh you let me down sometimes / I’ve wasted my days / Can’t you love me some other way?” sings ANAMAI’s Anna Mayberry on ‘Lucia’. The song’s nearly-greyscale video is a literal reading of the lyrics, as Mayberry searches for bandmember Caitlin McLafferty in snow-covered fields.

Shiftee and Enferno show-off their DMC champion skills in the simple-but-effective video for ‘Pop Music’. There’s nothing pop about the black-and-white clip: just gearporn and a clinic by two world-class turntablists. 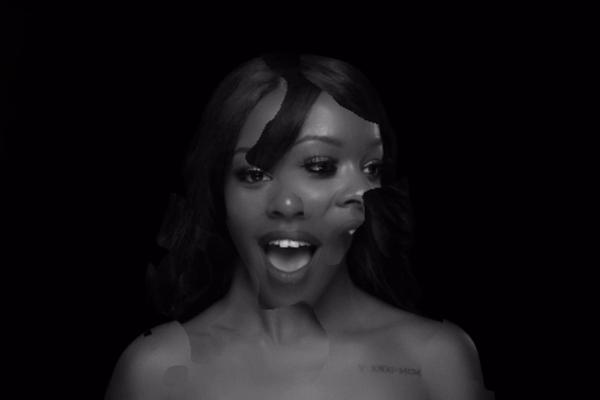 Azealia Banks shares the camera with the viewer in ‘Wallace’, and while your results may vary, Banks gets credit for thinking outside the box. “I’m such a huge fan of technology and creative new ways of interacting and engaging with fans, so this collaboration was perfect for me. Music videos are as much of an art form as the music itself,” said Banks. Obviously, we agree.