UPDATE: Death Grips may not be breaking up after all.

Death Grips have posted an article from Billboard suggesting they may not be finished making music on their Facebook page with the short response: 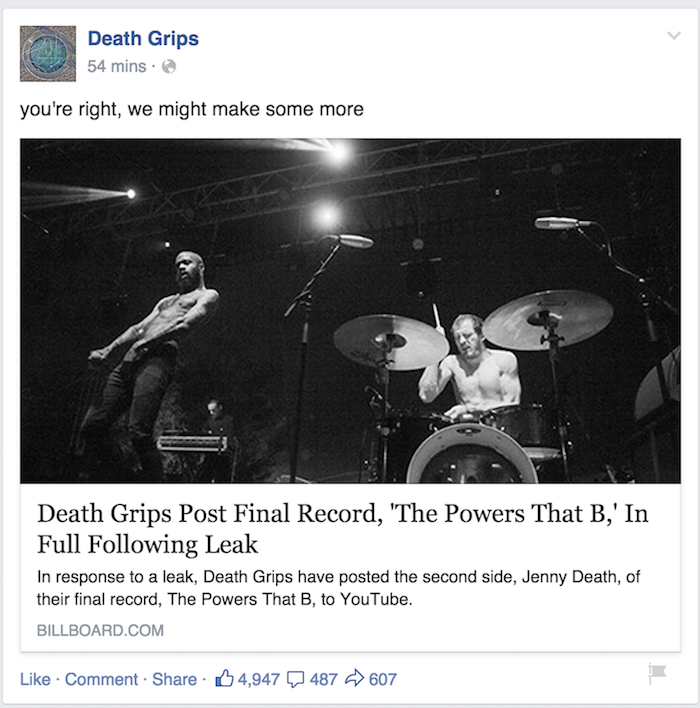 Death Grips share the anticipated second half of their final album The Powers That B.

Last year, Death Grips dropped the surprise album Niggas On The Moon with the message that it would be the first disc of a double album titled The Powers That B. They promised a second disc titled Jenny Death would surface at some point, but it became unclear if it ever would when the band announced their breakup a month later.

Months after their breakup the group surfaced with a statement on their Facebook saying the final album has been completed. Then silence. Finally the group began releasing promising singles.

And now, Death Grips have hit us all with a surprise album release for possibly the final time. Nearly a year after we first heard the name Jenny Death, the group has delivered.

Listen to the final Death Grips album below.