Twitter and streaming service Rhapsody have just announced a partnership that will see full track streams playable through the Twitter app.

Outlined at a presentation at SXSW on March 17, the new feature means that Rhapsody members will be able to share songs to their followers direct from the Rhapsody app as well as adding comments and hashtags. The feature makes use of Twitter’s audio cards feature first introduced last October, though it was initially limited to a select few launch partners.

You have to be a Rhapsody member to share tracks, but anyone can listen to them in full. The streams only work within the Twitter app however – if you open the cards from the web then you’ll be directed to the Rhapsody website where only a 10-second preview will be available.

The partnership comes in the wake of the closure of Twitter #Music last year, an official app from Twitter intended to provide users with a way to interact with and follow music being discussed on the social network. The head of the service left less than a month after it opened, and it was closed after just one year.

For more on the issues surrounding online streaming, read Ryan Diduck’s recent Bandwidth column the streaming economy. [via The Verge] 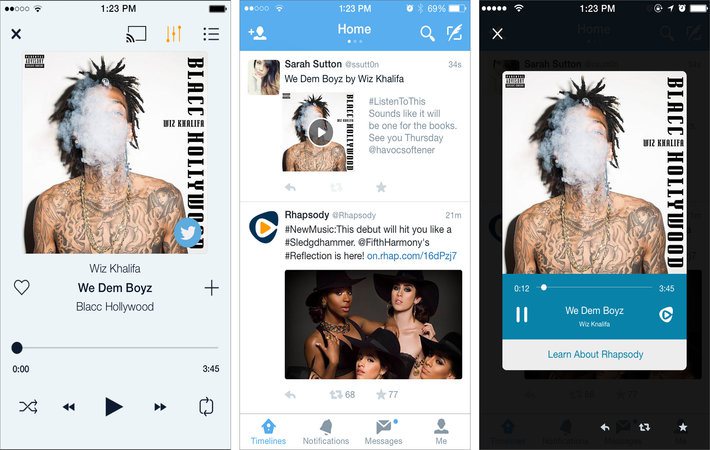