After a series of successful singles for R&S – not to mention some stellar Singles Club showings – Lakker prepare to cross the Tundra.

The Irish duo’s discography, however, dates further back than some are aware: they released their debut album Ruido back in 2007, and had early singles housed by established techno labels like Blueprint and Stroboscopic Artefacts. One half of the group, Ian McDonnall, also released an excellent solo album last year in Spectre.

Although techno is a key part of Lakker’s make-up, Tundra is just as inspired by jungle and hardcore’s rampant breaks and the psychedelic noise of Merzbow. FACT spoke to the duo to find out more – we’re also streaming a track from Tundra, ‘Three Songs’, below.

Interviewers asking artists about their influences is usually a dull question, but there’s quite a range cited on Tundra‘s press release – No U-Turn, Merzbow, Arvo Pärt, etc – and none of them are techno acts. Are you making a statement with that?

Ian McDonnall: We’re not making a statement as such, more just trying to be honest with what music has really influenced us while making this album. Music we actually both feel rather than music we happen to be surrounded by. We didn’t sit down and say we are going to write tunes like Ed Rush or Nico for example, but the dark, atmospheric, sparse jungle and drum n’ bass they were putting out in the ’90s inspires us. The atmosphere and the feeling. Likewise the beautiful choral music of Pärt. It is music that has touched both of us deeply, so we wanted to try and get some sense of that in our music.

Techno is obviously an influence on us, but it is only a part of what makes up our sound. Just like jungle is, and dubstep and contemporary classical music and hip-hop and UK ‘ardcore and noise and field recordings. With this album we wanted it to be a broader and fuller representation of what we do.

Dara Smith: I don’t think it was a statement really as much as a few selections to show the range of music we love.

Ian: We never set out to be or saw ourselves as a techno act but that seems to be what people associate us with now. Which is cool, it’s nice that people know who we are and more people listen to our sound than ever before thanks to techno labels like Killekill and Blueprint who supported us early on. And we hope that people who were into those more techno leaning 12”s will be into this album. But we’ve never been about making one particular style. We are not purists and we don’t see ourselves as belonging to any particular scene, except maybe the wider electronic music scene.

Again, it’s not that we have never been influenced by the techno scene – of course we have. We wouldn’t be making the music we are making if that was the case. There is a lot of techno music we both really love, even the purely functional stuff. And the creative spirit, the experimental, futuristic ideal of techno is inspiring. But if you are always looking to a particular scene for inspiration it can become too insular, or inward looking, and things can get stale. I like music that combines elements and doesn’t just sit in one place for too long. Like, I wasn’t into dubstep at all until I heard people like Martyn and Shed around 2008 who were combining elements of techno and other things with the essence of dubstep, and then it made sense for me. Then I want backwards with a fresh appreciation and could get into some of the earlier ‘pure’ dubstep.

So yeah, basically we enjoy bringing different elements from other music to see how they work in the context of electronic dance music, elements from styles/genres that feel emotive and alive. Arvo Pärt is a good example – that sense of the Divine in his music – that is something that people often talk about in terms of club music, clubbing as a spiritual experience. Listening to and dancing to music with lots of other people can be a really beautiful and powerful thing, that’s why we do it. You read about the early days of disco and the late ’80s /early ’90s rave scene and the stories all resonate with that kind of feeling. And I think we both felt those kinds of feelings whilst working on this album from a broad selection of music.

Dara: We used to be part of a listening group in Dublin with friends of ours and there was a huge range of music being played every week, and I found that really inspiring. If you produce and mix music then it’s very beneficial to analyse every single genre even a little to see how it’s constructed and why the elements work together and why particular sounds are used and where. Thats not to say that there are no techno influence on this record. Techno is a huge influence for me, but again it’s more about the feeling that interesting techno, when heard in suitable setting, makes me feel. I’m more influenced by the sound and the feeling than the pattern. Its hard just to give a few influences because there are so many. Ask us again tomorrow and we could give you four more that influence us, ie James Ruskin, Johan Johansen , Jurassic five and Jim Black. There’s four that begin with ‘J’. Alphabet influences.

You talk about the digital age, saturation, “faceless algorithms” – are you particularly online people, or do you tend to shy away from that side of things? Do you find the obligation to use Facebook, Twitter etc as artists frustrating?

Ian: I would like to say I am not an online person – a part of me wants to shun it, as if a rejection of it is a purer way of being! But that would be a lie. It’s hard to shy away in this day and age. I spend an inordinate amount of time online, checking emails, Facebook, Twitter etc, replying to messages, seeing how many ‘likes’ things have got. It’s ridiculous. So yeah, I am an online person, but I do not want to be! It’s hard to find the balance between going online to do what you need to do, and not getting sucked in by the overbearing amount of content, the all too often useless and extremely negative info, and the seduction of ‘likes’ and comments.

So yeah it is frustrating! But it’s a double edged sword really. As an artist things like Facebook and Twitter let you connect very directly with people. People who listen to your music, all over the world, or very nearby. It feels amazing to get messages from people in places you’ve never even dreamed of going, who have connected with your music. And I think it also feels amazing for fans of your music if you reply and say thanks – and I’m always personally touched when someone takes the time to email with a message of support and love.

Dara: Yeah it’s a tricky balance alright, Facecrack is well engineered to keep you skimming over the top and not really delve too deep, and as someone with an addictive personality and short attention span it’s like catnip. But recently I’ve been moving back from it a bit and focusing on things like writing music and talking to humans, which I feel is the way forward. It’s super exciting being able just to reach out and connect with fellow artists that you respect and say hi, and also buy amazing music directly from people – people in Lima, Limerick or Leipzig.

Ian: But on the flipside it can be equally distracting, isolating even, where you stop actually engaging in the real world around you and stare at a screen all day. We all know the feeling. That dull, empty feeling. And as an artist that can be damaging. The amount of time spent staring mindlessly at a screen is time that could be spent creating. And the dull, disengaged mindset you get into while ‘surfing’ and opening countless browser windows is the complete opposite of the creative feeling of flow, where you feel alive, engaged and energised.

I think ultimately the internet is an amazing tool, and the digital age has the potential to truly liberate people, but we have yet to figure out how to utilise it consistently and well, we have yet to see past all the distractions. Me personally, I have yet to find my balance with it. But I think people are beginning to. 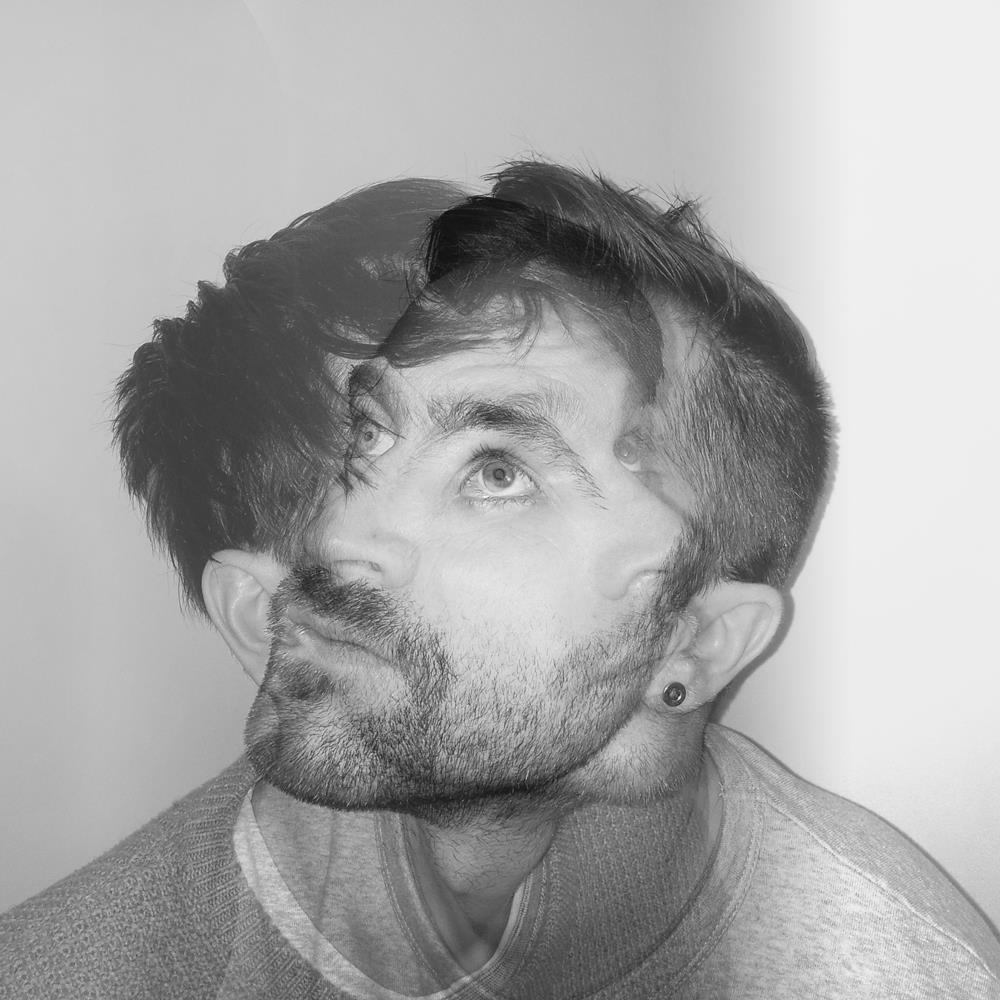 “The mindset you get into while surfing the net is the complete opposite of the creative feeling of flow, where you feel alive, engaged and energised.”
Ian McDonnell

It’s been a while since your first album (though obviously Ian has released solo records, etc). Does the Lakker of Tundra bear any comparison to the Lakker of Ruido?

Dara: For me the aim with Ruido was to write the heaviest and noisiest album we could, hence the name (‘Ruido’ is Spanish for noise). However this album was more about space and colours and strange locations real and imagined.

Ian: I hope that people that liked our sound back in 2007 still like what we are doing today. I think there is still a similarity and connection from that time to what we are currently doing, just now I feel it is more refined and we are not trying so hard. Not trying to do so many things, not trying to prove ourselves so much.

Ruido is noisy and chaotic and crammed full of (too many?) ideas. It is harsh and dense and a bit tiring on the ear in terms of all the compression and limiting. But we were really concerned back then, as we still are, with the quality of the sounds we used. Not quality in terms of fidelity, we’re not so precious over that, more quality in terms of musically quality – are the sounds we’re using musically, sonically interesting? Sound design has always been hugely important to us – even when our production levels have not always been the highest! – and it still is. Also the desire to have emotional and melodic depth in our music was there in Ruido and still is.

So I think we’re still looking for the same things in our music as we always have, just perhaps now it is a little more refined in it’s execution.

Why the title, Tundra?

Ian: The title track ‘Tundra’ was so called because we felt it had an expansive, open quality, so the name suited. When it came to naming the album we had a few words we were playing around with, but none seemed to suit. Then Sam [Willis] from R&S suggested using Tundra as the album title aswell, and it just seemed to fit. The album, we think, is open and broad in its scope, some of the tracks have an atmospheric ‘landscape’ quality, and the track ‘Tundra’ is a pretty central track on the album. So it just clicked.

Also, for me anyway, the word tundra has always suggested a journey – a landscape you must travel across. Which is fitting for an album, as we always said an album should feel like a kind of journey, and it was our intention from the start that this album would be that way.

Dara: I always remember watching the nature program Durrell in Russia on National TV when I was young, and have been fascinated with the steppes and tundra ever since, so maybe that had some bearing on it.