Having completed its line-up earlier this month, Farr Festival has announced a detailed breakdown of its three-day programme.

Saturday is the longest day of the festival, which is headed up by DJ Koze. Innervisions duo Âme will also be on hand to provide one of their legendary DJ sets , while Midland, Prosumer and Toddla T will be joined by Running Back boss Gerd Janson, Leon Vynehall, Hunee, Mood Hut duo Pender Street Steppers and more.

Its takes place in Bygrave Woods, Newnham from July 16-18, just 30 minutes from London. For those that don’t want to attend the whole festival, Farr Festival has also announced the release of day tickets – details of those and everything else are at the official Farr Festival website.

You can watch a preview video at Facebook, and check a full breakdown of the line-up on the flyer below. 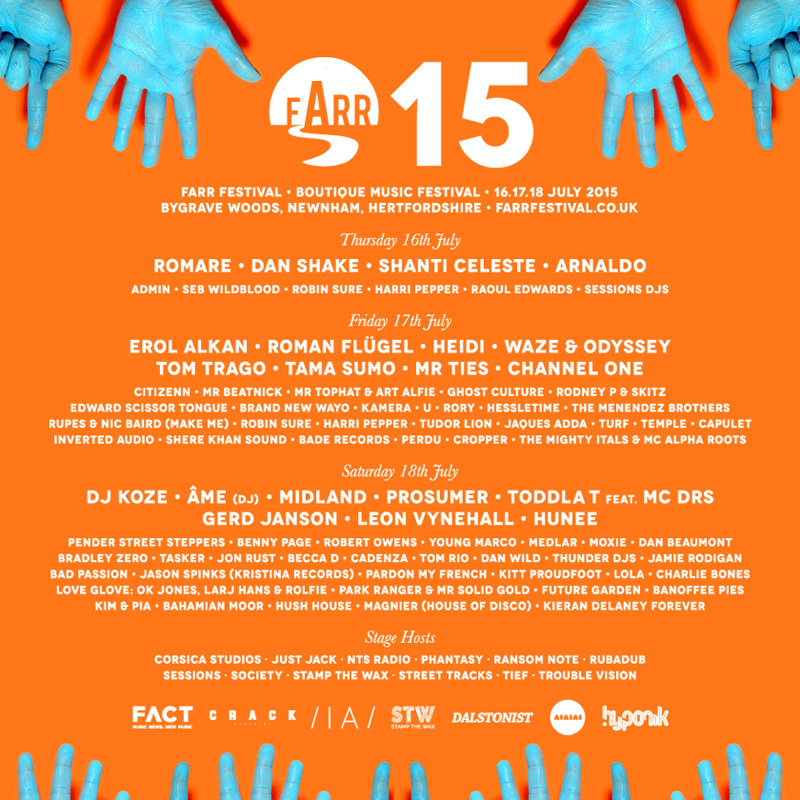