David Bowie is co-writing a stage play based on The Man Who Feel To Earth, a film he starred in back in 1976. The play, entitled Lazarus, will feature new songs by Bowie, as well as new arrangements of his older songs. It is being co-written with Enda Walsh, the Tony Award-winning playwright behind Once.

“It’s going to be a play with characters and songs — I’m calling it music theater, but I don’t really know what it’s going to be like, I just have incredible trust in their creative vision,” said James C. Nicola, the artistic director of New York Theater Workshop. “I’m really excited about it. These are three very different sensibilities to be colliding.”

Nicola said that Bowie had been hoping to do theatrical work inspired by Walter Tevis’ 1963 novel The Man Who Fell To Earth; he brought the idea to avant-garde Belgian director Ivo van Hove, who brought the project to Walsh and the New York Theater Workshop. He said that while it is inspired by the book and the film, it will not retell the story of The Man Who Fell To Earth.

The show is scheduled to open late this year. Bowie won’t be acting in the play, but he has Broadway experience: he spent three months playing the title role in The Elephant Man in the early ’80s. [via New York Times] 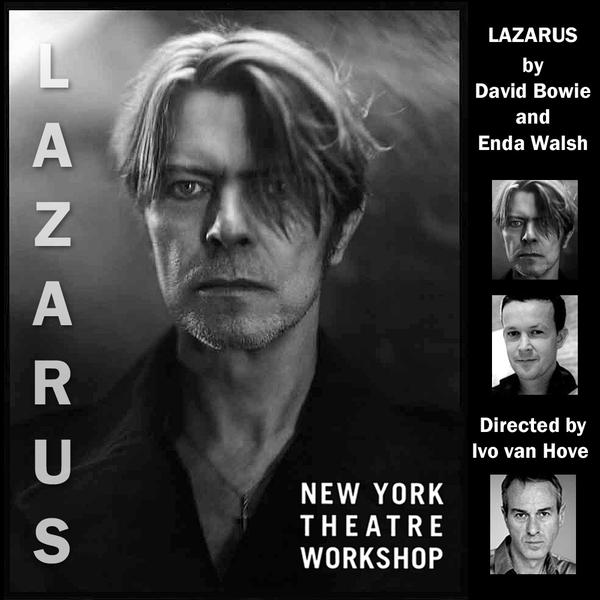