A host of female songwriters from the alternative end of the spectrum have contributed songs to an album based on the unheard lyrics of Karen Dalton.

Dalton was an Cherokee folk and blues singer, guitarist and banjoist known for her unique voice, a weary croak that sounds childlike and wise at once. She recorded two albums in the late 60s and early 70s before dropping out of view, later ending up on living on the streets on New York. Neither of Dalton’s albums contains any songs that she wrote, but now a selection of her lost lyrics has been put to music with the help of guitarist Peter Walker, who has overseen Dalton’s estate since her death in 1993.

Michigan electronics manipulator Laurel Halo has recorded a version of ‘Blue Notion’, while Julia Holter, Josephine Foster, Tara Jane O’Neil and Isobel Campbell are among the other contributors. Check out the tracklist below and grab the album on CD and LP on May 26 via the Tompkins Square label. 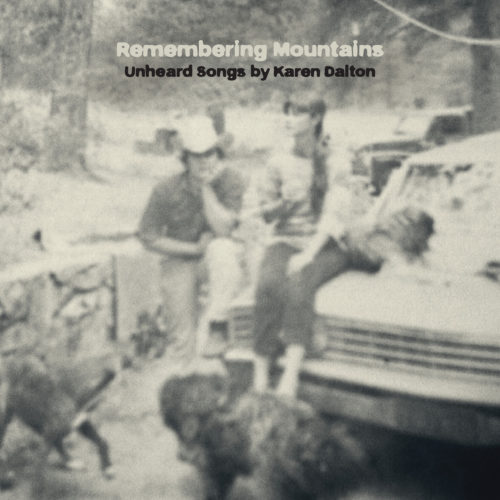 01 Remembering Mountains – Sharon Van Etten
02 All That Shines Is Not Truth – Patty Griffin
03 This Is Our Love – Diane Cluck
04 My Love, My Love – Julia Holter
05 Met An Old Friend – Lucinda Williams
06 So Long Ago And Far Away – Marissa Nadler
07 Blue Notion – Laurel Halo
08 For The Love I’m In – Larkin Grimm
09 Don’t Make It Easy – Isobel Campbell
10 At Last The Night Has Ended – Tara Jane O’neil
11 Met An Old Friend – Josephine Foster