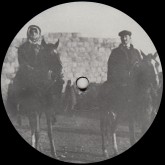 Better known as deep house don BLM and Phonica staffer Soho, The White Man & The Arab have been delivering their deep, hardware-driven cuts since 2013. This is their third record, and probably their lushest to date – ‘Vanished’ is filled with cosmic flourishes while the dubby ‘Hashashin’ and woozy ’The Tribe’ are both well primed for more discerning dancefloors. 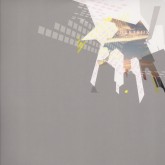 Japanese producer Fumiya Tanaka will be known to most for his recent releases on Perlon, and his Dartriix collaboration with Yoshihiro Hanno offers him another place to explore his individual take on minimal techno. It’s been five years since they last teamed up, but Flying One Hand sounds fresher than ever, as they use their jazz-funk structures to tease out a rich variety of sonics. 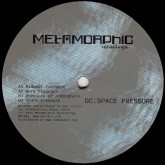 It’s been five years since the Metamorphic label released a record, but here it returns with a killer helping of sci-fi techno sounds from veteran label owner Dan Curtin. If you’re into the sound of early ‘90s-leaning techno from the Midwest with an intergalactic flavour, Space Pressure is well worth investigating.

Datura Mystic is the kind of record only Honest Jon’s would commission, and it’s a killer. Getting lo-fi dub specialist Tapes to rework Wareika Hill Sounds’s ‘Datura’ into two versions is inspired stuff, creating something between classic Jamaican dub and contemporary, crunchy tape experiments. 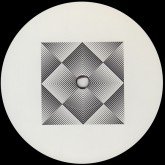 Berlin’s Nous has become a must-check label thanks to its discography of dusty deep house cuts and sumptuous techno from the likes of Route 8 and Call Super. The label’s latest find is O.Xander, whose combination of robust bass and melodic flourishes are hard to resist – Karen Gwyer’s remix on the flip is a hazy, atmospheric treat too.