The grimly funny follow up to You’re Next gets its own soundtrack release.

Adam Wingard and Simon Barrett’s The Guest got a lot of attention for its licensed soundtrack last year. The combination of intense violence and 80s goth-pop was one of the best musical combinations since Drive. It wasn’t all Love & Rockets though, the film was also aided by an excellent, pulsing synthesizer score courtesy of Steve Moore.

Now the score will get its first vinyl release through Death Waltz. You’ll be able to pick it up from Mondo (who acquired Death Waltz last year) starting next week. Take a look at Alan Hynes’ exclusive artwork and the tracklist below. 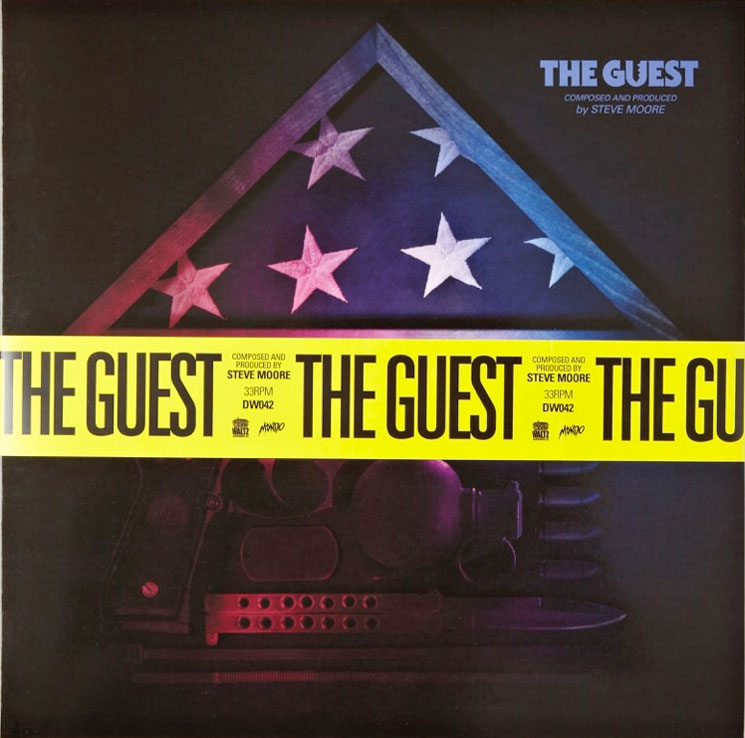