Jay Z responds to Tidal criticism: “We are here for the long haul”

The face of the new streaming company fights back.

Jay Z has never been a prolific tweeter, making this afternoon’s “stream of consciousness” of “#TidalFacts” all the more surprising. The Roc-A-Fella co-founder took to the platform to defend his much-maligned streaming service, claiming that “Tidal is doing just fine”.

Tidal has endured a difficult first month, with the service receiving heavy criticism from other artists. Tidal’s CEO also left the company, and the app has fallen out of the top 750 on Apple’s App Store.

You can read Jay Z’s tweets below. [via Rolling Stone] 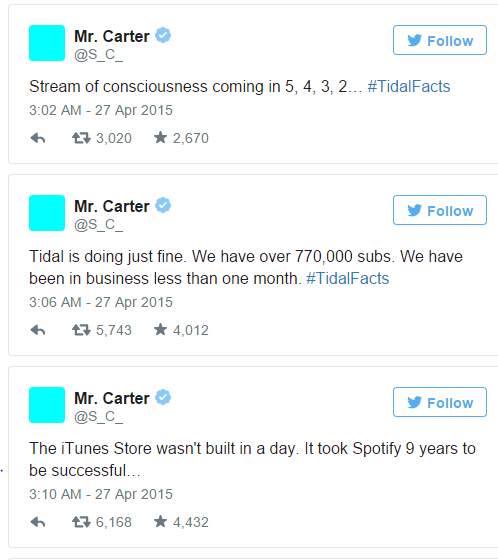 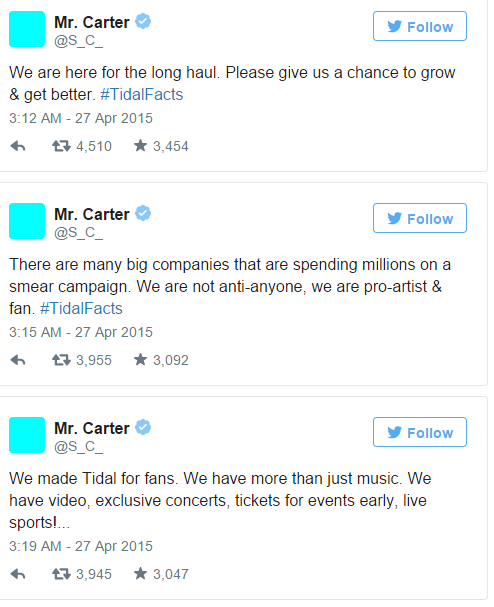 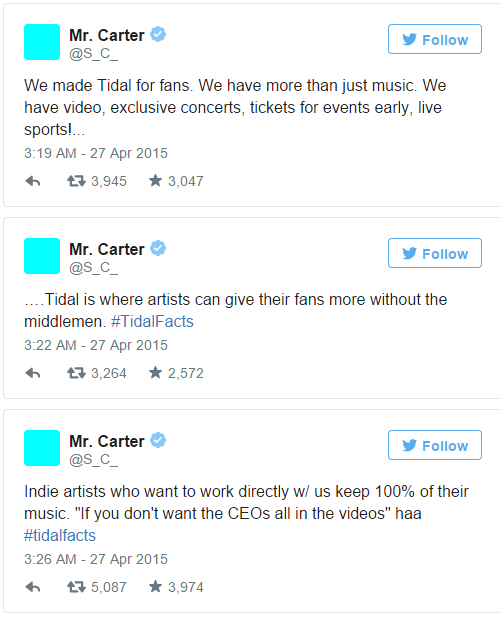 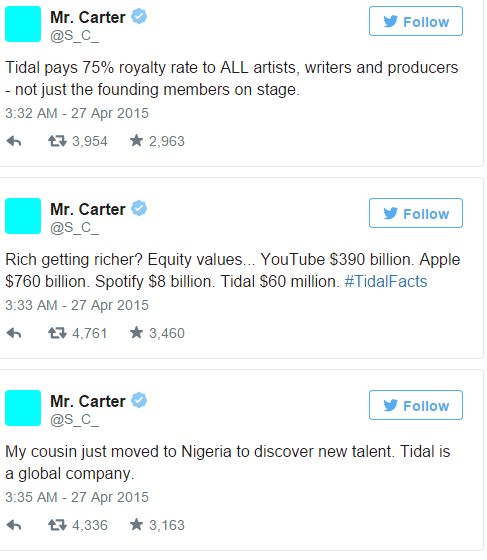