A message that’s felt, rather than seen.

When To Pimp A Butterfly was released on iTunes most people were understandably too focused on the music to care much about closely examining the artwork, but Kendrick Lamar recently revealed that there’s a subtitle to the album hidden in the liner notes.

You can’t be blamed for missing it either since it’s something that you really needed the physical album to get. On one of the first pages was a message written in braille and according to a teacher of the language it roughly translates to “A blank letter by Kendrick Lamar”.

It brings the album a similar quality to good kid m.A.A.d. city which was given the subtitle “A short film by Kendrick Lamar”. Just as that album brought a total cinematic quality to the table, this one fits right in with the theme of being a letter written to Tupac, something that was hinted at in the title as well.

Take a look at the art in question below and read our review of To Pimp A Butterfly here. 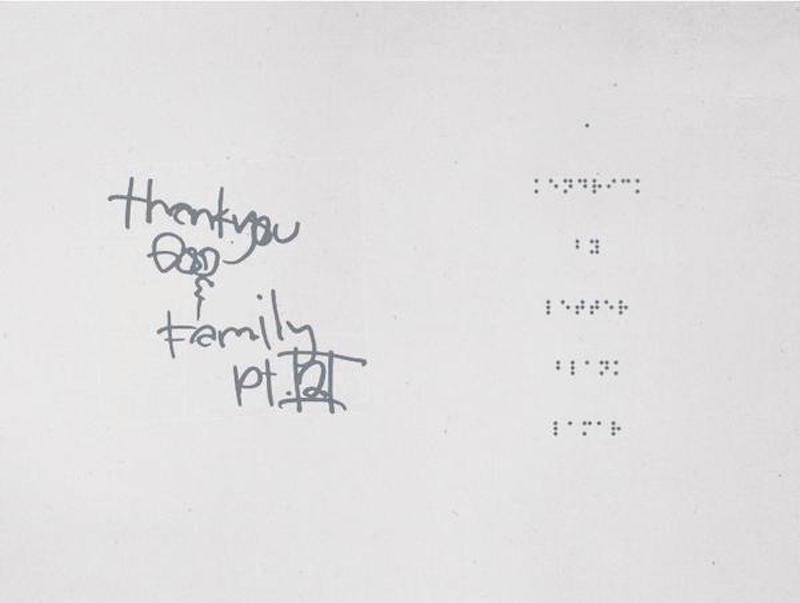