A Russian politician has accused U2’s Songs of Innocence album drop of being “gay propaganda”.

According to The Guardian, Alexander Starovoitov of Russia’s LDPR party, has claimed that Apple – who, in case you’ve forgotten, stealth-dropped U2’s latest album Songs of Innocence into over 500 million copies of iTunes last year – spammed users with illegal content. This is due to the cover art of the album’s physical edition, which featured drummer Larry Mullen Jr hugging his son Elvis, shirtless.

According to Bono, Songs of Innocence is U2’s most intimate ever album, and it needed a cover to match. According to Starovoitov, however, that’s just gay.

Starovoitov isn’t the only one: a russian lawyer, Evgeny Tonky, is reportedly preparing to sue Apple for compensation for moral damages on behalf of his son, and a memorial of Apple founder Steve Jobs was removed from a university in St Petersburg last year after being branded as homosexual propaganda (Jobs’ successor at Apple, Tim Cook, is gay).

There’s the “offending” cover art, below [via NME]. 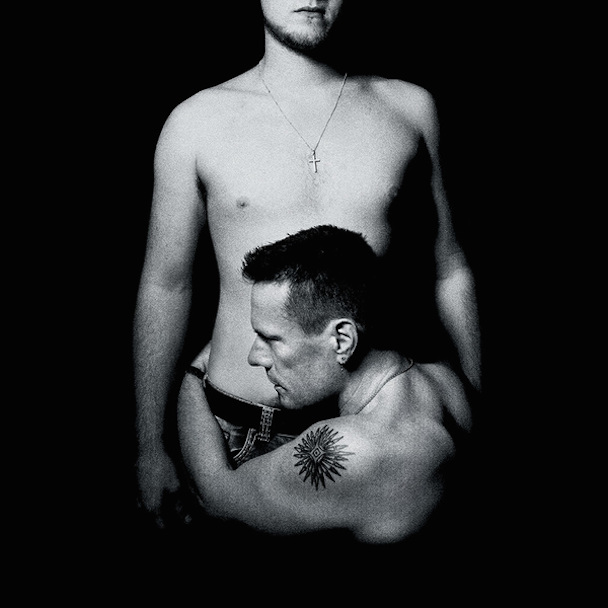