Seth Troxler has revealed who’ll be joining him in his celebration of all things acid house this August.

Troxler announced his plan to celebrate the UK’s acid house history at London’s Tobacco Dock earlier this month, with a one-day party featuring artists from around the world he thinks embody the acid house spirit in 2015. Now he’s announced the names who’ll be appearing on August 8, and it looks unmissable.

As well as Troxler himself, the Acid Future event will feature an all-star cast including The Martinez Brothers, Jackmaster, Skream, Craig Richards, Tom Trago, Harvard Bass, special guest DJ Harvey and many more. The party will occupy all three levels of the massive venue, and also features a sets from early UK acid adopter Danny Rampling and Chicago veteran Marshall Jefferson.

“Recently I’ve been quite outspoken about my misgivings on the rise of EDM and the culture that surrounds it, but I’ve also noticed that the UK, and specifically London, possibly my favourite city in the world, doesn’t have much of an EDM scene at all,” Troxler said earlier this month of the thinking behind the celebration. “This got me thinking as to why this might be and the simple answer is… acid house.”

Acid Future takes place on August 8 at London’s Tobacco Dock. Tickets go on general sale tomorrow (April 30) at 10am from the Acid Future website. To get yourself in the mood, check out Ed DMX’s rundown of the 20 best acid house records ever made. 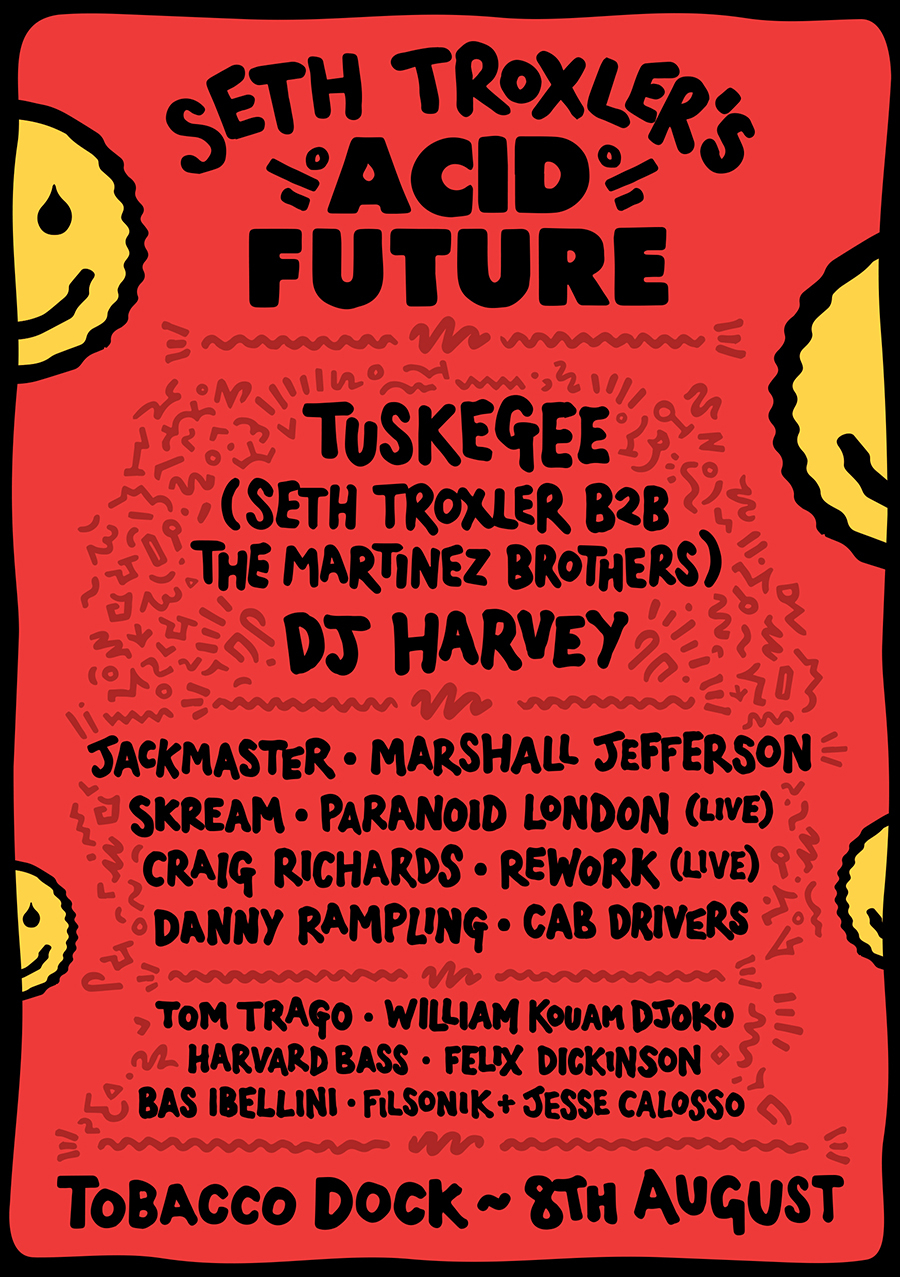