Grooveshark has agreed to cease all operations, “wiping its servers of all the record companies’ music, and surrendering ownership of its website, mobile apps and intellectual property”, according to the Recording Industry Association of America (RIAA).

The RIAA statement continues to state that under the terms of the settlement, “Grooveshark founders Josh Greenberg and Sam Tarantino admit to creating and operating an infringing music service.”

Grooveshark once boasted 35 million users but drew heat from major labels as it did not seek permission to host their music. The end was signalled when when EMI, now owned by Universal, was granted a motion for summary judgment when it took Grooveshark to court for failure to obtain licenses. The company was reportedly facing up to $736 mllion in statutory damages at a trial that was about to commence. [via Billboard]

Update: Grooveshark have also left a note on their website, apologising for their “very serious mistakes”. Read it in full: 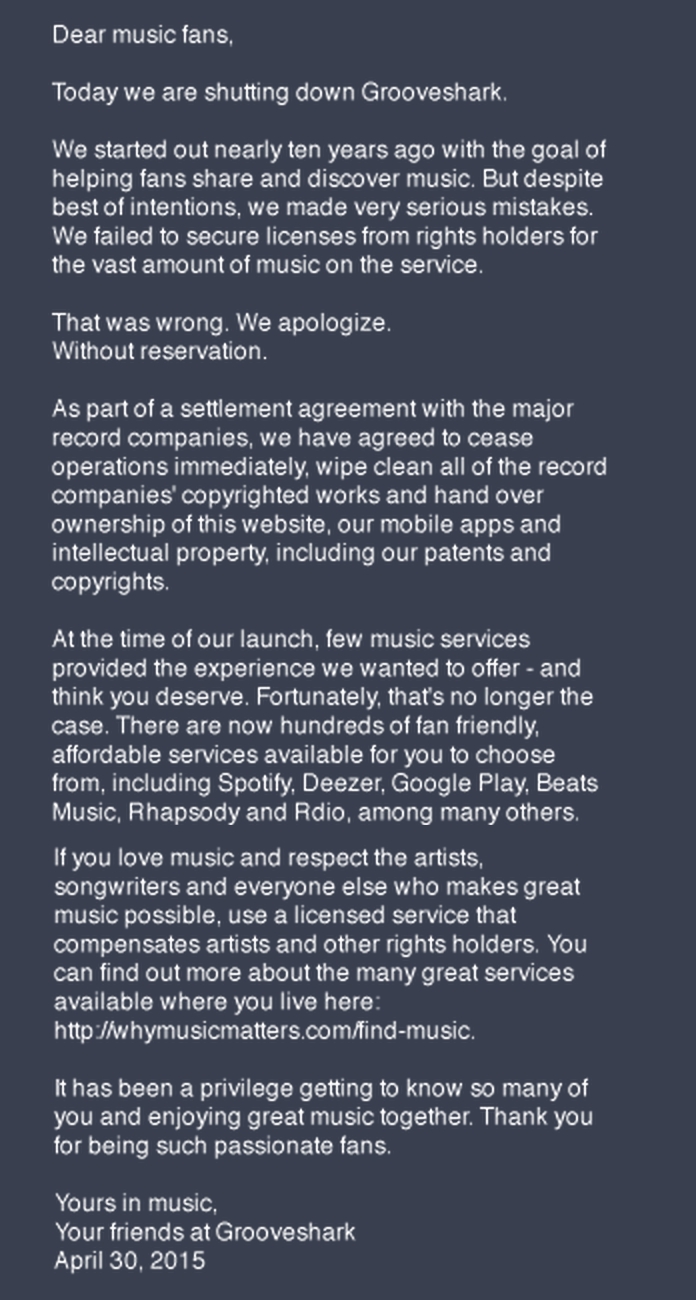