“I’m talking about what I need and what I want”: Ciara interviewed

It has been over a decade since Ciara released her debut crunk’n’b album Goodies, but the Atlanta native is still the indisputable princess of hometown-allegiant pop.

With her sixth studio album Jackie (named for her mother), Ciara is delivering more than just her usual brand of party-primed, choreography-ready cuts still intermittently bleating with heartbreak narrative. There is an added layer of power that emanates from the record because it beams with internal and maternal strength. Barely minutes into the intro, she booms, “I just delivered a nine-pound, ten-ounce baby—I’m a bad motherfucker.” It’s not just a celebration of her son, it’s a mark of triumph about her own ability to take on challenges, especially in the wake of her public breakup with her son’s father, the rapper Future.

When the album’s first single ‘I Bet’ was released, it was received by a chorus of “Oooh, girl, you got him!” commentary for its potential knock at her ex. “I bet you start loving me / Soon as I start loving somebody else / Somebody better than you,” she sings on the track, almost a prescient narrative to tweets the rapper sent last week after photos of Ciara and Seattle Seahawks quarterback Russell Wilson together at a recent White House State Dinner were published online. But when you speak to Ciara, it’s clear that she stays impressively enthusiastic about life. FACT caught up with her to talk about her new album, but her affection for her son guided most of the conversation.

“Honestly, I am in the happiest place in my life.”
Ciara

You’re releasing an album before your son’s first birthday, which is an impressive turnaround time. When did you start working on it?

I started working on it three weeks before I delivered my son. It was really important to me that I did that. I carved out of my schedule two months to be mom after he was born and I knew I was going to step away from everything, no work, no nothing, just being mom. While I was going to do that, I had to make sure I had my business part in line and I wanted to figure out where I was going to go creatively. So, I started with Dr. Luke and it was the best thing I could have done. I was so inspired. There is something clearly very special about the time. But in addition to being able to have a child, musically it was one of the most special times in my life and I really think that inspired me. It made the process even more unique.

I started three months before he was born because the music was flowing so good and I was really, like, very, very expressive and very connected to everything I said. Everything I was saying was coming from my feet up. You feel it from it from the ground. You feel planted on your feet. You’re very sure of what you’re saying. That’s the feeling that I had. I wouldn’t let off until I could find it. I was very blessed to work with a dream team of producers, starting with Luke and Harmony and Polow and the Underdogs. The writers were amazing. Everyone went in with pure thoughts and open hearts and open minds to make the best music we could make together. And once I had my son, I took two months of being mom, I went right in to the studio with Luke and Harmony and the guys and Polow and everyone and everything just flowed. There’s literally probably only two to three songs that I recorded that didn’t make my album. That’s how great the energy was.

Throughout the time you were working, you went through a lot. How did you balance that joy with some of the harder emotions?

It definitely was emotional, it definitely was fun. Honestly, I am in the happiest place in my life. It’s so funny how much joy having a child can bring and that’s what was so cool. Even with expressing love, even if you’re having a sad moment, you find a happy energy in it. You’re still able to have clarity in it, too, which is important. I could be expressing something that could be sad, but there is a resolution. Even, for example, on the song ‘One Woman Army’, I’m talking about what I need and what I want. It can be a very intense, but still fun. But to have that energy, it’s just coming through. It’s just pouring out.

Do you make a point to find resolution within something difficult or emotionally trying?

You mentioned ‘One Woman Army’ as a song about expressing your internal needs, what other songs on the album are important to you in that way?

There’s a song called ‘B.M.F.’, which is the intro. It’s one of those things that was inspired by my real life, professional life. I’ve had my journey this far and I feel like, after delivering a nine pound, ten ounce baby, that I can conquer the world. There’s no greater feeling than being able to overcome your challenges.

There’s the line on the song…

That was crazy! I’m like, That’s one of the coolest things on earth, to be able to do that. And you really feel like: Ain’t nothing you can’t do. That’s what I feel like: There’s nothing I can’t do. I remember being in the kitchen with my parents, my mom and my dad were there, and I was walking around like, “I just had a nine pound, ten ounce baby! I’m the greatest!” Muhammad Ali. I had that whole moment. But you really do feel something very special that comes over you after having a child. And then, again, that big of a baby, you really do feel something special.

Do you think, as an artist, something changes in you after childbirth? Do you think it changes the way you work?

Absolutely. You just have way more of a clear perspective on life, at least how I see it for me. Having a child, it’s really important for you to be responsible and it forces you to really think ahead and really try to see into your future, pun intended. It really forces you to think and it’s necessary for me. It’s really grounded me and it’s given me way more purpose on earth. I have way more reasons to work for my goals. I’ve always wanted to be successful, but having my child pushes me even harder because I have to do it for him. 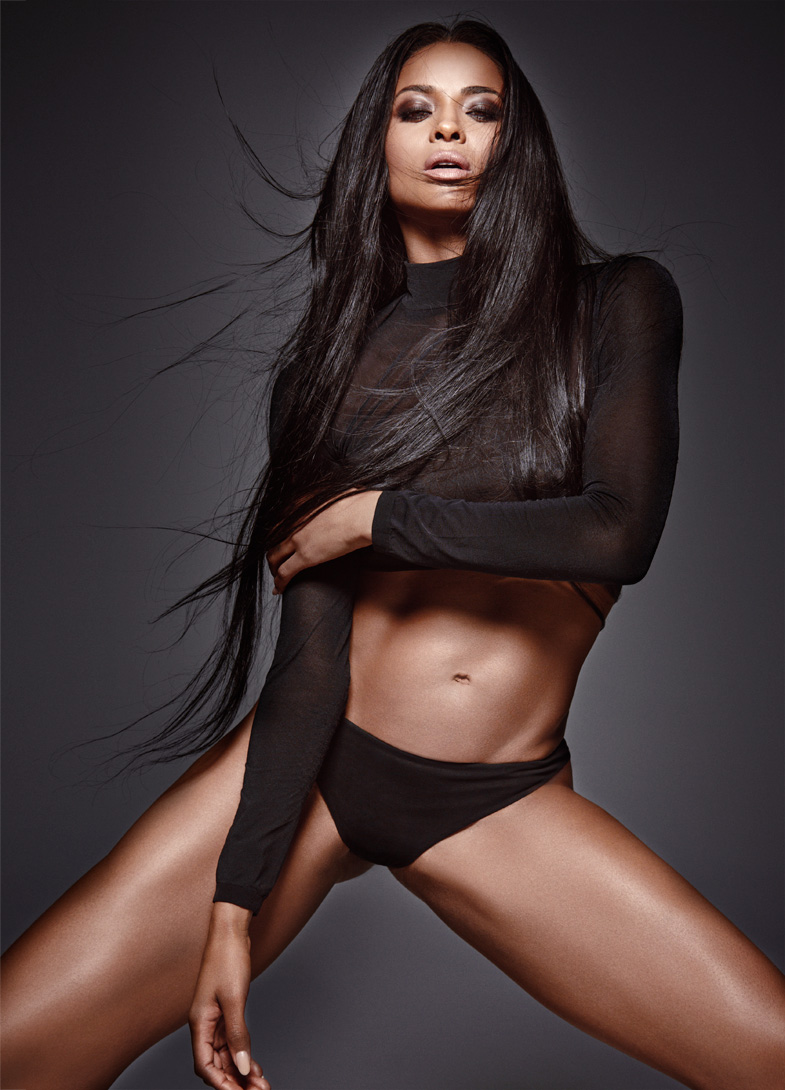 You recently got to go to the White House.

Yes, it was the State Dinner. And they were honoring the Prime Minister [Shinzo] Abe of Japan. It was one of the most amazing experiences ever. It was like a dream, the whole night, from start to finish and definitely one for the books. And the cool thing, at the end of the night we were very fortunate to have an exclusive tour of the West Wing and the Oval Office. It’s surreal. [It gives you] goosebumps. There’s an indescribable feeling that comes over you when you walk through the different parts of the West Wing. It was just truly, truly a night to remember.

I wanted to ask you about your working relationship with Polow Da Don. I had a dream last night that I bought a book about him, I think because I knew I was going to talk to you today.

I think about him as a producer a lot. He didn’t disappear, obviously he did ‘Anaconda’, but he doesn’t have the same dominance as he did almost ten years ago. What keeps you guys together?

What’s so great about Polow and I working together [on this album] is that it had been a while since we had worked together. He’s in such an awesome place creatively and it was just perfect timing for he and I to be working together again. It was really, really a lot of fun. I really believe that he and I made our best body of work together.

In terms of other collaborations, there are not a lot of features on the album. You only have Pitbull and Missy Elliott and they’re on the same track. Was there a reason for that?

With features in my past, I was never like, “Oh, I’m gonna do this album and I’m gonna ask this person or that person.” I always did it based on what I felt the song needed. On the song that was produced by Polow, it just felt right to have the two of them. It was one of those things that happened organically. They are both the coolest and biggest king and queen of energy. It was only right to have the both of them on the song to take it to a whole other place. You know what it is? If the song calls for a feature, you go for it, but on this album, I feel like the songs didn’t call for that many features. I do think it’s cool to shift it down that way because I have been fortunate to work with pretty much everyone that I’ve always wanted to work with. Maybe I just ran out of features? [Laughs]