In Plain Speech: Circuit Des Yeux’s journey to craft one of the year’s most surprising albums

Haley Fohr discusses the creative journey towards her triumphant new album as Circuit Des Yeux, which you can stream below.

It started in an Irish pub called Tír na nÓg. Haley Fohr was on stage playing a set during Hopscotch, the multi-venue festival that takes over Raleigh, North Carolina every September. The roaring chatter from the bar was overpowering, causing her to push her voice and acoustic guitar even harder to compensate. It wasn’t the first time this had happened. Later that month Fohr wrote on her site about that night and detailed previous nights like it. Titled ‘Drowning In A Sea’, she reflected on hostile audiences and the bleak experience of playing as an opening act, yet it’s striking how much Fohr works to empathize with the abusive audience. To constantly be aware of every single heckle, loud drink order, or chant for the main act could be death to an artist even after they step off stage. As she puts it:

“I must leave behind trying to dominate a room with just my voice and guitar, because a sea of people will always overpower one woman, and I can’t afford to be slaughtered night after night. I no longer want my guitar to be used as a weapon.”

Writing and reading those words at the time must have been painful, but it’s hard not to see them now without smiling a little. Looking back they read like a spark of inspiration, a new awareness and the smallest seeds for what has grown into Fohr’s greatest work to date. By breaking down and rebuilding her process Fohr crafted In Plain Speech. Here she took on a directorial role, recording for the first time with a band and widening the scope of her music considerably. It’s an album that manages to explore a great deal of territory; Fohr and her band can hone in on intimate moments like ‘In The Late Afternoon’ and ‘Fantasize The Scene’, create raging orchestrations on ‘Ride Blind’, or build warm drones into massive climaxes as on ‘Dream Of TV’. But it’s all tied together by her incredible voice. Once you hear Fohr intone the words, “There is something deep inside of you/something that’s worth reaching into / It makes me tremble/ It makes me shake/ It’s a risk I’m willing to take” on the opening call-to-action ‘Do The Dishes’ you’re swept up, and you’re with her till the end.

We caught up with Fohr recently to talk to her about putting together Circuit Des Yeux’s In Plain Speech, preparing to get back on the road, and what happens next. Read our interview below and listen to an exclusive stream of In Plain Speech.

You’re in this limbo period right now since the album’s not out and the tour’s starting soon. What are you up to?

I’ve been updating my home rig and my office studio. I just bought a new interface and I was actually just checking all my inputs. So it’s a lot of twiddling my thumbs, and getting ready — I have a live band for part of this tour. So it’s just a lot of trying to enjoy home before jumping off in June.

What’s that been like with the live band now? Are there older things you’re trying to adapt?

It’s mostly In Plain Speech. I’ve worked with people backing me before, but this time it’s very true to the recordings, more like a composed group. So it sounds a lot like the record and it’s really great, but we do rehearse older songs too, there’s a couple tracks off Overdue that everybody knows. Though most of it is just fleshing out the new stuff and sometimes, depending on the practice and what kind of space we’re in, we’ll use that to go into new territory too, which is exciting.

What was it like recording with a band for the first time? I know you had some musicians on Overdue, but what was this process like?

There were a lot of stages to this record. I wrote all of the songs and brought them to people and would rehearse them and flesh out parts. There were three stages to this record — four or five versions of every song — and it was a really big challenge for me to balance and be in control of everything. I really relied on [producer Cooper Crain] to help guide me through some of those times, but yeah I would say it was about 60/40, with 60% of all the parts already fleshed out myself. Whitney Johnson & Rob Frye especially had a big part in writing their flute and viola parts for a couple tracks. It was really collaborative, but at the same time I try to keep it honed in.

What has it been like taking on that sort of directorial role over other musicians.

I think I’ve reached the point in my career where I want to make something bigger than myself and I have to rely on other people for a bigger, better idea. First it was really scary for me — I’m a kind of insular person. All my recordings thus far have been completely 100% me writing and recording. So it’s just learning to lean on people, but it’s really rewarding. I feel like I’ve created these relationships that are very intimate just through making music with these people and that’s invaluable.

It’s interesting you mention all it coming together from three parts. Every time I listen, right around ‘Do The Dishes’ I begin to lose track of the parts and songs and get so swept up in it. It becomes a one sitting kind of start-to-finish record. With all the moving parts did you map out the flow of this album?

I love albums that are a journey, it’s a piece within itself. To accomplish that it took months of sitting in front of my computer as thing were being created and thinking ahead of the game. There was less afterthought in this record than there was on any of my previous records. It just took a lot of brain power. I got so far into it at one point I thought I was losing my mind, but I think I got the quality I was looking for. I like the cinematic quality of it.

“I’m making for music people to hear and I’d never considered that before, so I just had to embrace it.”

Was there a feeling with some of the songs of how they would fit together? Like at what point while making ‘In The Late Afternoon’ did you know was where the album should end?

I feel like my music can be really heavy and it’s pretty cathartic for myself. For this, I wanted it to be an opening up and a brighter experience, sonically and emotionally, so I wanted to end on a positive note. ‘In The Late Afternoon’ is a lullaby for people who are going through something I once went through, which is depression and inactivity. So I thought that was a great place to put that song, right at the end. It’s not an overbearing or overwhelming track in that way. It’s a nice sign off.

That idea of opening up, being outward and brighter. Was that an inspiration you had from the start or did you become aware of it while you were recording?

It started as a fear. It all started, this shift of consciousness, at Hopscotch Festival last year. When I’d been playing music before that I can zone into myself and I don’t usually realize how many people are in the room. It’s like a shift of reality — I’m in it, then I finish and look up — and I’m out of it. When I was playing at Hopscotch I really heard the audience and felt like I could understand them and feel their stare and something in me flipped. I was no longer an insular bedroom artist. I’m making for music people to hear and I’d never considered that before, so I just had to embrace it. So it was a lot of change. I felt this pressure, and it might have been internal pressure, that as a woman with an acoustic guitar you’re supposed to write these straightforward songs and that just wasn’t coming to me. I was partaking in these minimal improvisational experiments where I would go to the piano and only play three or four notes or have this electric guitar and butterknife and try to make something out of it. A lot of those made it into the album, I would say 70% of the album is that stuff. I realized I have to embrace this next phase of being a musician. 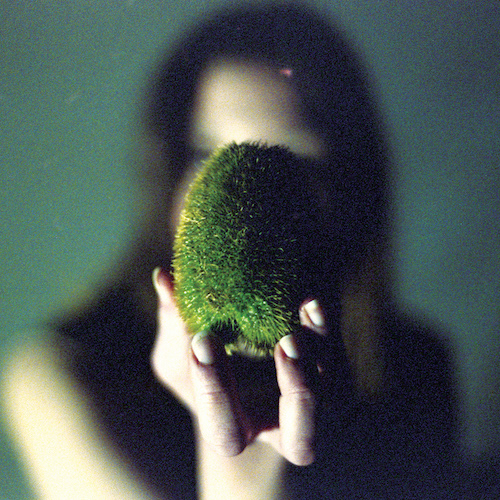 “I love playing shows. It’s what I live for.”

What was that period like for last year when you were playing so many shows?

There’s good days and there’s bad days. The opening slot is pretty rough, just because nobody gives a shit about you when you’re the opener, but at the same time I get home and I’m fucking stir crazy, I don’t know what to do with myself. On the road you have a sense of purpose. You eat a sandwich, you get gas because you need to get to the show because that’s your life. Everything has this extra meaning. I love playing shows. It’s really tiring and I know thousands of people who have gotten burnt out. They do it for 5, 10, 20 years and get tired out about it but I don’t see that end for me for quite some time. It’s what I live for.

After so much time on the road in the past are you looking forward for this next journey?

I am excited. I have to do a lot of it solo again which isn’t necessarily ideal for me, but I’m embracing it. There’s just no way to translate this record anywhere near to what it sounds like with one person. I refuse to using backing tracks or vocals and I’m really into live sounds and music and instruments and this energy that comes from that. So that’s okay.

How do you overcome from that hurdle?

I’m just kind of reinventing the songs for a live scenario. It helps me expand and learn, but I’m also doing proper touring with a full band and I couldn’t be more excited, man. It’s gonna be five of us loaded up into a van. It’s gonna be like vacation. It’s hard traveling alone, it’s kind of isolating for me. The full band’s gonna be really, really great.

Will you write more during it?

Yeah, I’m actually downloading compositional software now. I didn’t start writing In Plain Speech until I was on tour during June or July. This record’s not even out and I’m already writing the next record. I feel really inspired and these are my salad days. I’ve got so many ideas, there are people around me that are willing to work with me. Everything is adding up to something greater than even this last record.