The Queensland Police Department have used their official Facebook account to warn the public about Nickelback’s “crimes against music”.

Nickelback, a band so bad that a Kickstarter was once created to stop them performing in London, will be launching their No Fixed Address tour in Brisbane, Queensland tonight. The local Police Department though, as savvy with a Facebook meme as the Stanton Warriors and DJ Mag Canada put together, have already launched a pre-emptive strike, pairing the following poster with the following statement. Chad Kroeger laughed so hard he lost his nose [via Mashable]:

“Police are on the lookout for these men who are believed to be impersonating musicians around Boondall this evening.

“Avoid the area. It may be hazardous to your hearing and street cred. 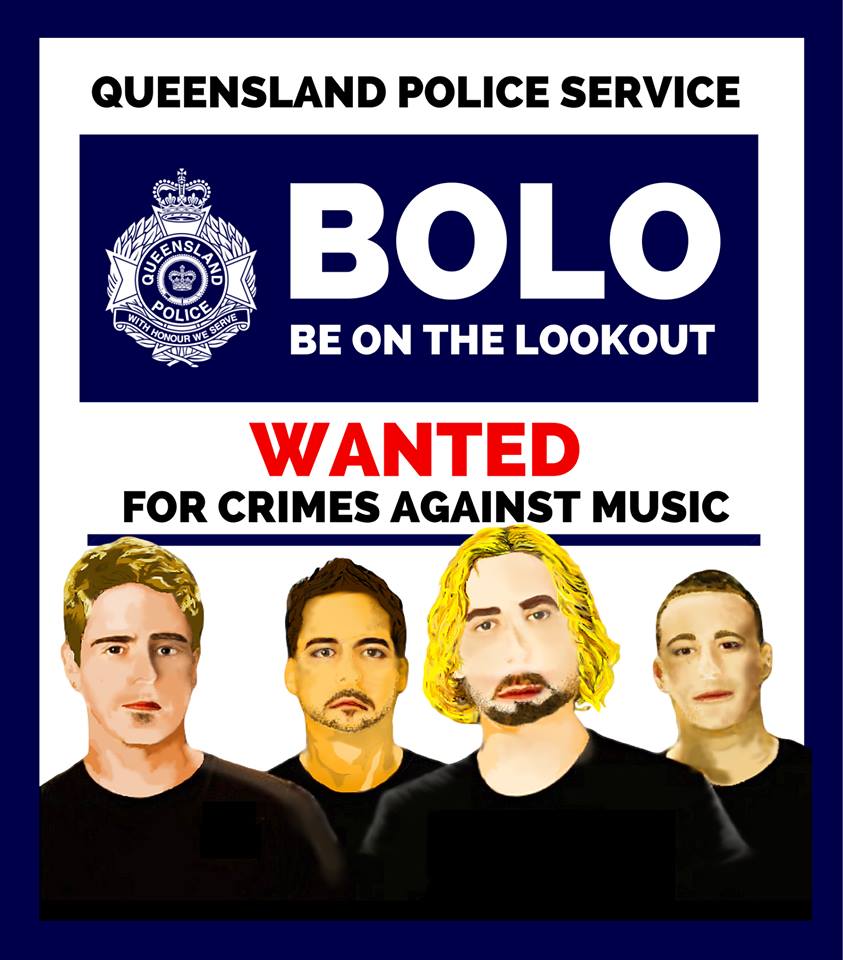