“Maybe this will be the end of Stellar OM Source”: Christelle Gualdi dissects the brittle acid of Nite-Glo

Christelle Gualdi’s Stellar OM Source project rose to prominence around the turn of the decade with releases such as Rise In Planes and Trilogy Select, dreamily evocative synthesizer pieces of the kosmische school.

But as with, say, James Ferraro and Oneohtrix Point Never, there was more to her productions than hippy pastiche. A trained architect and a scholar of new age literature, Gualdi brought poise and resonance to the style, implying this was a living, breathing music, and suggesting new pathways of evolution.

A giant leap came with with 2013’s Joy One Mile, her debut on New York label RVNG. Made following the acquisition of a vintage Roland TB-303, it found Gualdi nosing her music in the direction of tough, Drexciyan techno, aided by a mix job courtesy of Kassem Mosse. Following Joy One Mile’s release, Gualdi set out on an extensive tour that took her to clubs across Europe, to Russia, and out to the US, improvising live every night around a portable hardware set-up.

“Nite-Glo is a document of tracks played late at night in clubs,” says Gualdi of her new EP. But it is also a document of something more personal and transformative: a private grief that Gualdi wrestled with out on the road, one that appears to have twisted her music into something hard, acidic and unyielding – while never quite losing the earwormy melodic sense that has defined her music since day one.

Gualdi spoke with FACT via email about catharsis, clubland and an uncertain future. “I can’t say where I will go from here at all,” she writes. “Maybe this will be the end of the 10-year Stellar OM Source project for me.”

Can you tell me a little bit about what you have been up to since Joy One Mile? I gather that Nite-Glo came together in a “transient” period.

I’ve been travelling, and was forced to confront the hardest sort of life transience – the loss of close family members. The joy and hopes of Joy One Mile have been shattered into pieces. I played many shows, which allowed me to escape reality but I felt heavily disconnected from what was going on. Nite-Glo was recorded during this period. The tracks were played in the second part of my live set, after leaving behind Joy One Mile.

There is a quality to the material on Nite-Glo that I perhaps wouldn’t have associated with your earlier work. It’s still melodic, but often feels hard and hot, rather than soft or gauzy.

My sound palette has obviously evolved the past 10 years, getting more refined, more controlled, which is the logical consequence of crafting your own art. I am probably taking more risks now, and being more upfront.

You describe the record as “cathartic”. Listening back do you hear a lot of emotion invested in these tracks?

I needed to express anger and sadness, and get in touch with something raw. These tracks are for me also associated with the moments I played them in clubs. So yes, they are filled with emotions.

Can you tell me a little about the equipment you used this time out?

It’s my live set up, Elektron, DSI and Roland machines, as I couldn’t be home and in my studio for almost a year. I’m not using anything vintage except the 303, as traveling with vintage equipment is too stressful. After many years of travelling I’ve tried to find the best equation between quality, sturdiness and reliability – all fitting within the 20kg luggage policy. 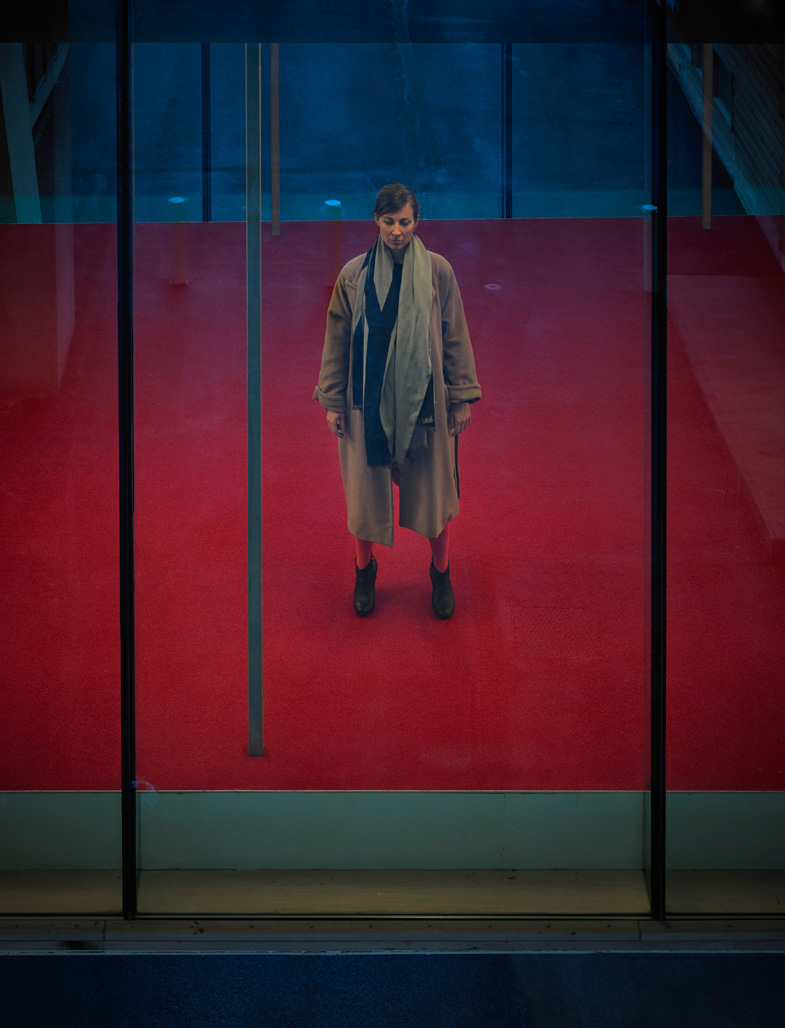 “Silence, emptiness and nature are elements that give me comfort.”
Stellar OM Source

I imagine Joy One Mile radically changed the sort of spaces you found yourself playing. Where do you feel like your sound best fits?

I enjoy playing in clubs because often the space allows a better immersion in sound and the equipment most of the time powerful and truthful. Adding to that the night, the darkness, people getting more loose, and it’s one of the best places to perform music live. You can feel a great freedom. Although most people don’t realise that you’re playing live, since DJs are more common in that environment. I enjoy the challenge and the rewards of a few people who hear the difference.

Do you feel totally at home on a big line-up alongside, say, techno or house DJs? Or do you feel your music remains distinct?

I feel at home with anyone not fitting the clichés and taking risks. Luckily, many DJs I play along are like this. But my music remains distinct, as I’m not trying to produce “DJ friendly” tracks. But I’m also not so aware of what’s going on in electronic music at the moment, beside what friends release or from people I know from playing with them. It’s more interesting for anyone to stick to their own line instead of fitting a sound that people want to hear – or think they want to hear.

Are there any music, books or other art that have been a comfort for you in tough times? Can your spirituality help you at times such as this?

For me, silence, emptiness and nature are elements that give me comfort. Spirituality encompasses all that. We all find our own survival techniques. I try to be aware of not escaping the toughness of life, in order to grow.