The second Low End Theory Festival takes place on August 8 (yup – 8.08) at LA’s Shrine Expo Hall, with a line-up plucked from the highest echelons of the beat scene that emerged from the famed clubnight. Flying Lotus, Earl Sweatshirt and Thundercat will headline the much-expanded festival, with Low End Theory residents like Daddy Kev and The Gaslamp Killer and a bunch of the weekly’s regular guests including Nosaj Thing, Daedelus, Jonwayne and Milo.

Oh, and maybe you. The festival is giving five producers the chance to rock the festival edition of the Beat Invitational, with each producer hand-picked by FlyLo himself.

Only ticket holders will be eligible to participate, and beat submissions will be accepted from early July – head to AXS to pick up a ticket and keep an eye on #LowEndTheoryFestival to find out where to send your stuff.

For inspiration, check out the short documentary Not A Beat, Not A Scene. 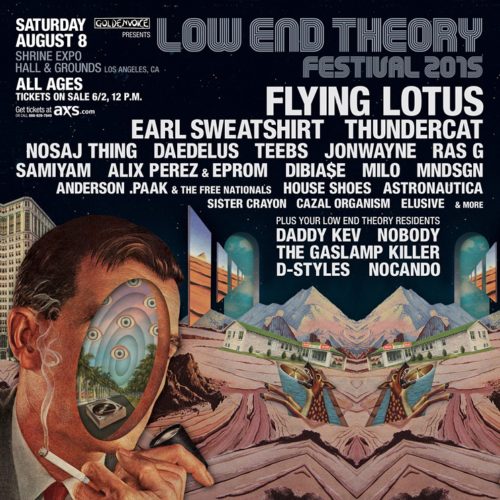 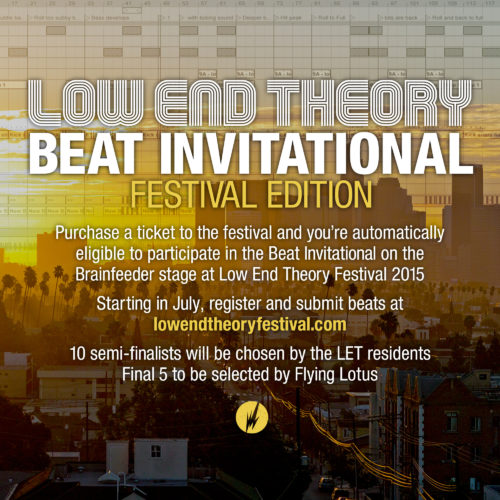