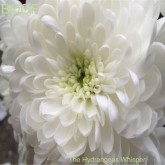 Just when you thought Maurice Fulton couldn’t refine his music any further, he releases this. An album of oddball disco funk, lounge vibes and even colourful, dubby techno, The Hydrangea’s Whisper might be his most wide-ranging collection of tracks for some time, and even gives 2013’s Syclops album A Blink Of An Eye a run for its money.

Werkdiscs artist Moire teams up with Disguise for the first release from their NEVERSLEEP collective. Deep, dark and thumping, these three cuts are the perfect combination of US house and the UK’s club heritage. Disguise’s mix of ‘Mouth Shut’ is a particular treat, making for some enjoyably shambling, syrupy techno in the vein of some of the more dancefloor-friendly cuts from Actress’ Splazsh album. 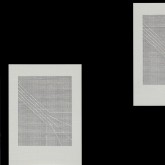 Adopting the more cosmic guise of The Sun God for Cejero, Jamal Moss is back with a record containing what might be one of his most accessible tracks to date. The B-side is a typically lo-fi cut in the vein of his Hieroglyphic Being material, but the A-side sounds like he’s channelling Lindstrøm’s Nordic disco through a 303. 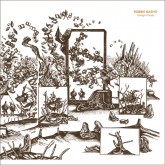 If you’re not familiar with the late US artist Robbie Basho, this reissue of his 1984 cassette Twilight Peaks is a good place to start. A proponent of the steel string guitar, he was heavily influenced by Ravi Shankar, resulting in a mixture of Americana and Indian music. He died in 1984 and this was his last album, pressed to vinyl with a gorgeous screenprinted sleeve. 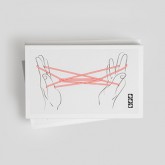 Demdike Stare have scored quite the coup for their label here, with a Shackleton dubplate that’s been unreleased since 2005. In case owning a piece of lost dubstep history isn’t enough to get you interested then Demdike Stare have thrown in a mixtape and a tote bag to sweeten the deal.