Like Queen, Abba and The Kinks before them, today’s EDM generation will be tomorrow’s musical theatre fodder.

Deadmouse The Musical will kick off the trend when it has its world premiere at Toronto Fringe Festival next month. The wholly unofficial show is a comedy about “a mouse who aspires to be a house DJ but is discriminated against for being a mouse. Joel Zimmermouse must team up with his best friend David Goudda and his flame, Cat, to overcome species discrimination and the mouse hating House DJ Avicheese.”

The real Joel Zimmerman appears to have nothing to do with this “Book of Mormon meets Ratatouille” production, which does not feature the music of Deadmau5. Probably for the best. Catch it from July 3–11 at Red Sandcastle Theatre in Toronto. [via Mixmag]

Update: Well, that was quick: lawyers for Zimmerman have issued a cease and desist to the Al Green Theatre, which Deadmau5 proudly pointed out on Twitter. “while i appreciate their intent, they REALLY went about this the wrong way and dont fully understand how this diminishes certain endeavours,” he writes. “this is called infringement. they do NOT represent me, my ideas, my brand, or my music. and thats why its always best to approach people beforehand. *shrug*” Read the letter below. [H/T @benjaminwoodman] 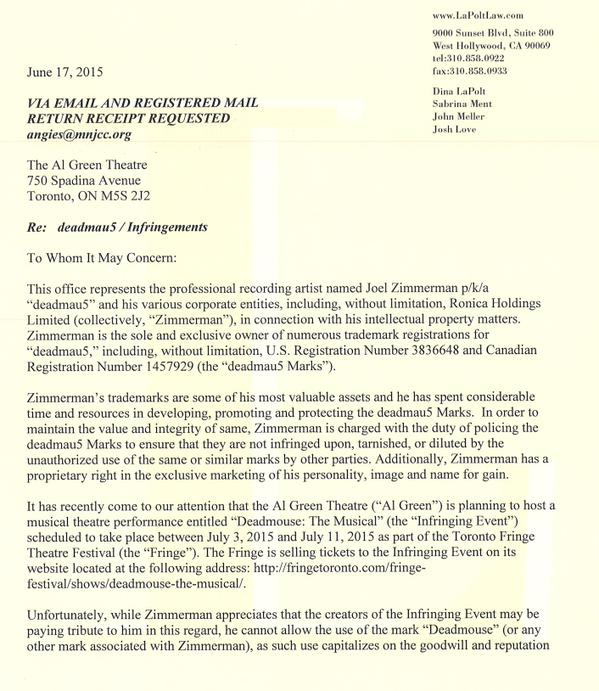 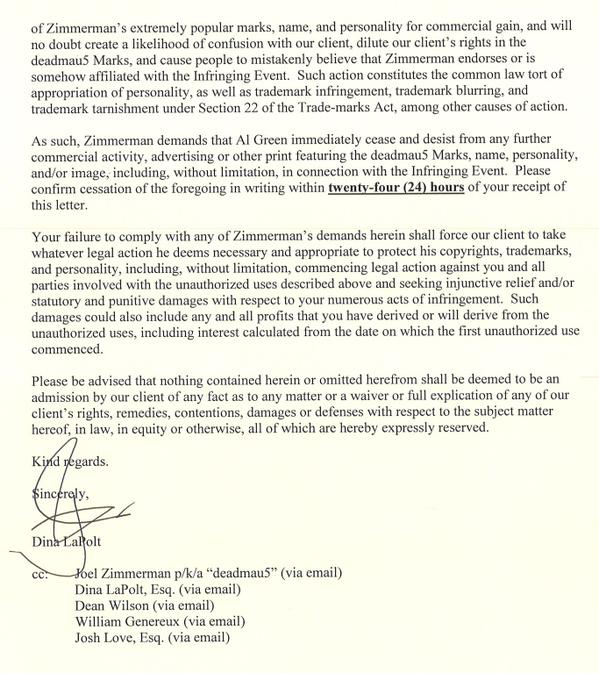