No one recognised Nile Rodgers busking on London’s South Bank

Disco genius Nile Rodgers decided to use a break in his schedule to entertain the hordes on London’s South Bank.

His attempts to go incognito by hiding behind a chunky hat and scarf went a bit too well – no one recognised him until he started playing ‘Freak Out’, he said on Twitter.

Rodgers was in town with Chic to play at British Summer Time Hyde Park ahead of their first album in two decades, set to drop any day now. 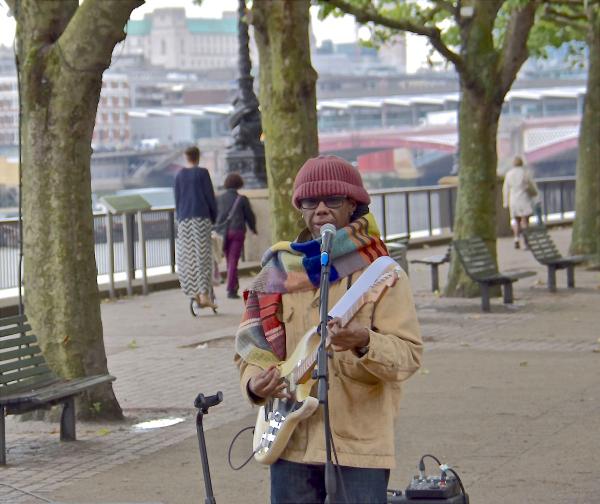 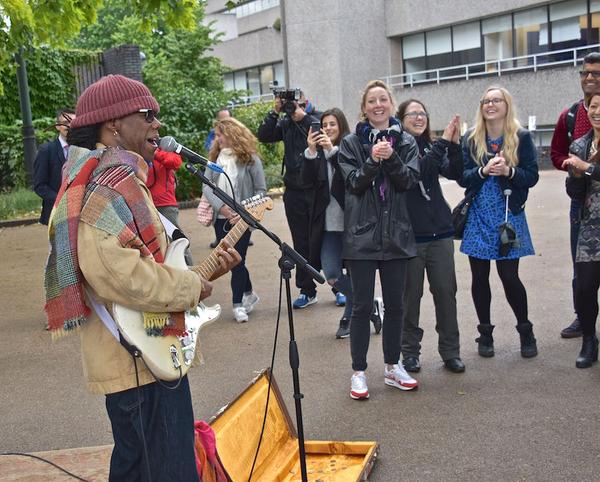