The row between Taylor Swift and her concert photographers escalates.

Photographer Joel Goodman has shared an updated version of the contract given to him and other concert photographers covering the singer’s 1989 tour, after previously attacking the singer’s “hypocrisy” over protecting rights holders.

An extract from the contract states that the artist “may confiscate and/or destroy the technology or devices that contain the master files of the photographs” if photographers “fail to fully comply” with the rest of the stipulations.

“[The contract] has been passed to me by two other photographers whom I know, independently of one another, on condition that they remain anonymous,” Goodman told PetaPixel. “Some photographers fear losing income if they get blacklisted for speaking out against these kind of contracts.”

He added: “This contract is particularly egregious in that it not only contains an all out rights grab on the photographers’ work, whilst limiting their editorial control and ability to earn from that work — and does so without compensation — but because it does so under threat of criminal damage or destruction of property.”

A spokesperson for Swift today hit back at Goodman after he accused the singer of hypocrisy over her stance against Apple Music, saying the contract had been “misrepresented”.

Let’s see what Swift’s people have to say about this development. 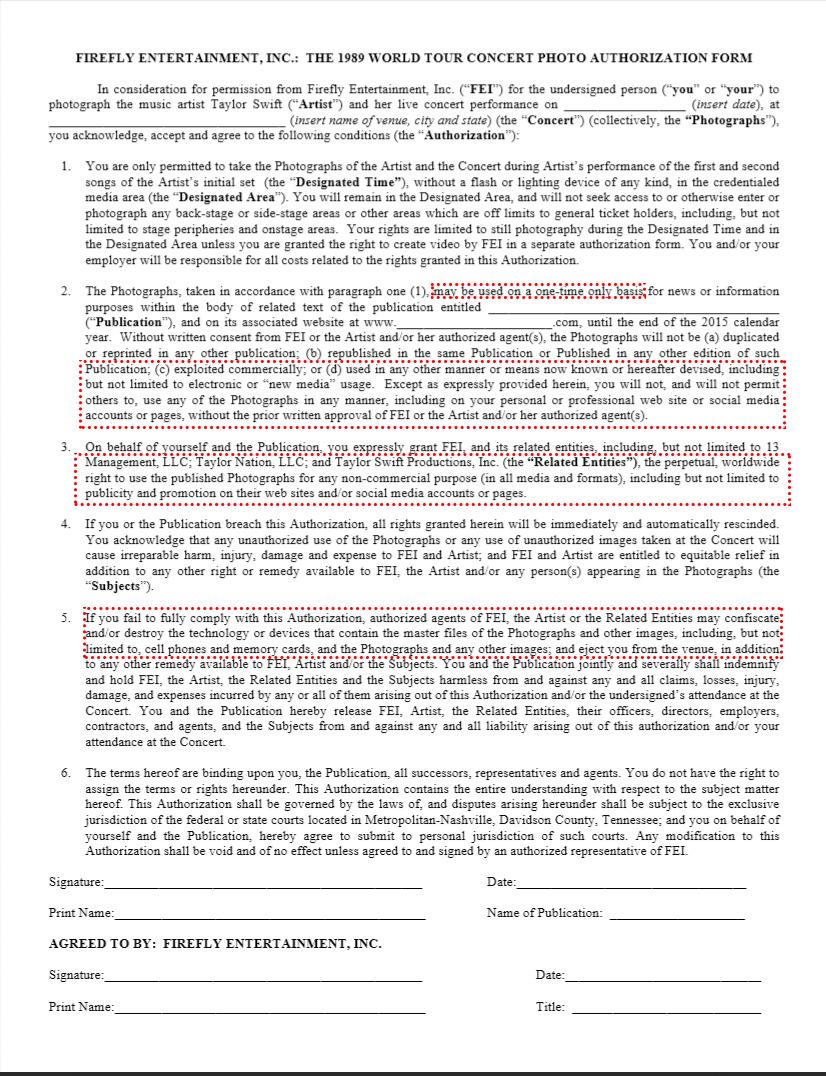