Turin’s Club To Club has revealed the second round of names to be performing at this year’s festival from November 4-8.

The scorched industrial sounds of Andy Stott, Prurient and Ninos Du Brasil will be complemented by the genre-melding sonics of Kuedo and Lotic, while Anthony Naples, Floating Points, Dekmantel Soundsystem and Todd Terje will be on hand to provide more straight-up house, disco and techno sounds. They’re joined by Four Tet, Oneohtrix Point Never, La Priest, Shura and Soundwalk Collective.

For full details and tickets, visit the Club To Club website. The festival will also be holding a one-off event in association with Unsound at London’s Village Underground on September 24 – more on that here. 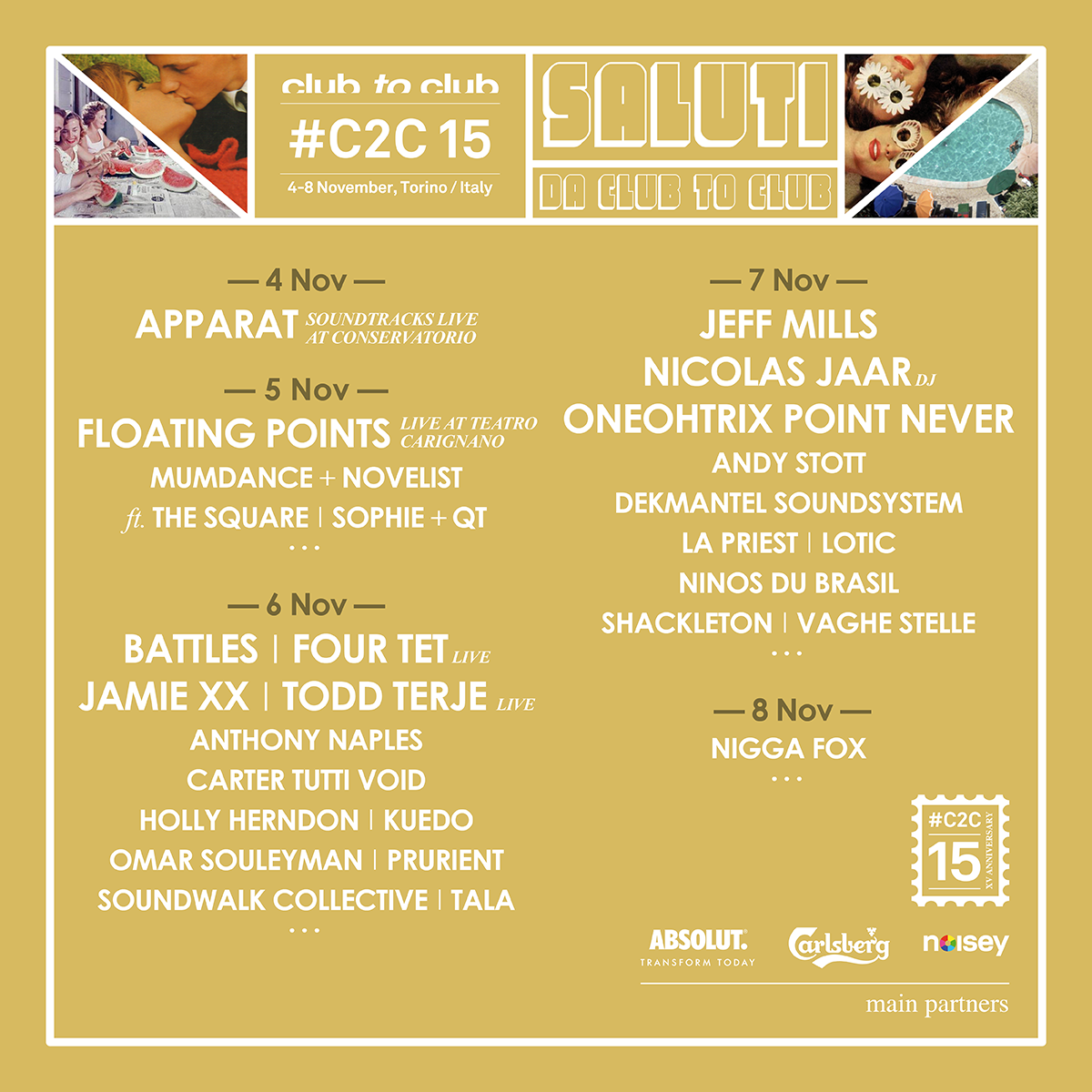