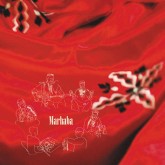 Finally a proper release for this unique collaboration between gwana musician Maâlem Mahmoud Guinia, Eglo boss Floating Points and modular synth wielder James Holden. Improvised poolside during the British pair’s visit to Morocco and finessed back at Floating Points’ London studio, the result is a trance-like exploration of the unlikely intersections between the respective musicians’ oeuvres. 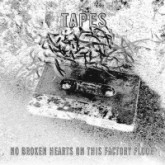 UK producer Jackson Bailey makes lo-fi, weed-high bass music that melds dub, dancehall and electro with one-finger synth riffs and plenty of tape hiss and analogue crunch. This double LP is a dreamy reimagining of Jamaica’s finest musical exports through the addled 8-bit reflexes of a bedroom-bound gaming obsessive, featuring six new tracks plus 10 other cuts previously issued on his own label and others, all newly remastered. 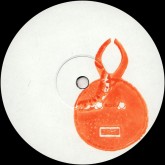 UK artist Lodger channels the sunshine once again on a breezy 12″ for Stamp Records, flipping a jazz sample into a rickety house heater on the A-side before moving up a gear on ‘Oliver’ as a noodling guitar line leads you through the groove.

Four Tet’s latest album is a shining example of the one-man cottage industry Kieran Hebden has become in recent years, a pair of long, explorative, near-mystical tracks that are all the more dazzling for having arrived with no PR fanfare. Drift away to this. 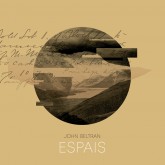 Michigan producer John Beltran returns to his ambient niche with a masterful new album for Delsin that finds a soothing spot between minimal orchestral arrangements and lush synthetic dronescapes.