Despite what Apple may want you to think, Beats 1 didn’t invent online radio.

Each week there are hundreds of shows throughout the world that are worthy of our attention, from the outerzone transmissions of London’s NTS all the way to the West Coast’s enduring Dublab – the station that helped birth LA’s legendary beat scene. In an era when music is emerging from non-traditional channels thick and fast and sorting the wheat from the chaff is becoming harder and harder, reliable radio shows are more important than ever. Curation is key, and some of the very best curators are hosting two-hour shows every week.

We’ve collected up a handful of our favorite under-the-radar shows, all of which are archived online. Whether podcast-only or broadcast the old fashioned way, these are the radio shows we could all do with spending more time on, preferably with one eye on a Discogs cart.

Alien Jams has been a regular fixture on NTS since 2011. Hosted by Chloe Frieda every Sunday at 5pm GMT, the show joins the dots between early electronics and contemporary experimental sounds, and has featured guest mixes from artists like Not Waving, DMX Krew and Shelley Parker. Though NTS is a station noted for its diverse output, Alien Jams goes that step further, highlighting weird and wonderful music that you had no idea existed.

Radar Radio’s BBC AZN Network is Tuvshin ‘2Shin’ Bolor’s expanded and improved take on the BBC’s Asian Network. As Bolor, who’s Mongolian, recently told i-D’s Kieran Yates, “East Asians don’t have representation or a platform in UK media. I feel like that kind of sums the show up. It’s fun and playful but underscored with serious implications.” Presented with co-hosts Manara and Sweyn Jupiter, every show feels unpredictable, moving sideways through bashment, hip-hop, R&B and beyond. 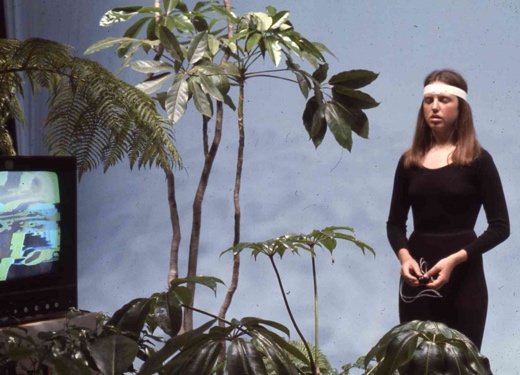 dublab is a treasure trove of great radio, and has been holding it down in the Los Angeles underground since 1999. Frosty’s Celsius Drop is a great introduction to the station’s world of sounds. As the station’s founder, Frosty has been championing its Future Roots ethos since day one, always armed with a fresh bag of wonders, oddities and classics. Regular specials, guests and themes make it all the more essential.

There are plenty of gems to be found on Berlin Community Radio, with the likes of Laurel Halo and Heatsick popping in for monthly slots, but Cooking With Palms Trax is a solid showcase of the Lobster Theremin artist and RBMA grad’s eclectic taste: one week you’ll hear the kind of twisted house and hardware jams that influence his own productions, another he might take you on a journey through funk, soul, disco and Afro records from his collection.

Aired bi-weekly on Thursdays from 5pm-6pm GMT, DEBONAIR is basically the best drivetime show on radio. Despite host Debi Ghose’s love of minimal wave, house and techno, you’re just as likely to hear Paul McCartney deep cuts, Coil or the Pixies on one of her shows as you are Kenny Larkin or Carl Craig. Ghose is also one of the the best presenters on internet radio in our books – while a lot of big name DJs with shows on national radio are mumbling into their microphones, her skills are putting us more at ease than Terry Wogan on a Sunday morning.

Doc Scott’s been around longer than most. On his Future Beats show, the drum & bass pioneer explores and showcases the new directions and potentials of the music, and over the past few years it’s grown into one of the best monthly showcases of what the music has to offer today. Scott’s keen ear and flawless mixing means you can expect two hours of solid vibes from start to finish and a list of new names to keep an ear out for.

The man behind the Citinite label and the designer behind a heap of covers for your favourite labels (Hyperdub, Planet Mu, Warp), Manny Zambrano hosts Nitetrax every month on NTS, opening up his extensive record bag and spilling his knowledge of modern music to great effect. The shows often follow a theme and there’s always something in the mix for the lovers, dancers and curious souls – the kind of stuff KRS referred to as ‘edutainment’.

Sketchbook was Kutmah’s short-lived club night in Los Angeles. Running from 2004 to 2006, it was an incubator for the beats explosion that followed in the late 2000s. After he relocated to London in the 2010s, Kutmah brought Sketchbook back as a radio show on NTS. A DJ’s DJ, the show is always packed with exclusives from around the world and hops around genres and styles faster than you can say ‘damn, what was that?’

Sounds of the Dawn
(NTS)

Forget all your preconceptions about new age music. The much-maligned genre has experienced a renaissance of late (thanks in part to references from Emeralds, Oneohtrix Point Never and more recently Deadboy and Yamaneko) and every month you can tune into Sounds of the Dawn (which spun off from the blog of the same name) on NTS for two hours of sublime musical opium. If haunting ambience, lightly plucked strings, billowing synthesizers and sun-bleached reeds sounds like your thing, you’re in for a treat.

Last year, Rinse FM set up shop in Paris, with a sister site and broadcast from the heart of the French capital. One of the station’s most notable shows is Sound Pellegrino, headed by Teki Latex and Orgasmic, the ex-TTC members behind the label of the same name. The Sound Pellegrino Show focuses on the pair’s dancefloor interests, with music from the label and a wide spectrum of club and electronic artists. Expect to hear everything from dirty south classics to new school grime, French electro to eyes-down techno.

We couldn’t have a list of radio shows without giving a nod to the Tabs Out crew, who obsessively pool their mammoth cassette collections each week to rustle together a few hours of the most confounding sounds this side of Pluto. Don’t expect to have heard of many of the artists featured here, that’s not the point – these guys scour the darkest corners of the music world so we don’t have to, and the light-hearted banter (including interviews) is the cherry on the top. Tabs Out is far more than just a trip down memory lane.

The Sound of… with India Jordan
(Radar Radio)

A hidden gem broadcast on London’s Radar Radio, India Jordan’s show is truly unique, both in its concept and content. Jordan posts detailed explanations of each show on her blog; for example the last show, entitled ‘The Sound of the Heart’, was based around her training for the London marathon, where she was raising money for the British Heart Foundation. This is just the tip of the iceberg, she lets the theme inform her choices as she traverses the landscape of innovative electronic music, both old and new. You won’t find another show like it.

Portland’s Kenny Fresh has an ear for talent, displayed most prominently via his Fresh Selects label, where he was an early champion of the likes of Knxwledge and MNDSGN. Tight Songs is his weekly radio show on XRay FM, a Sunday night two-hour run through the cutting edge of modern day soul, r&b and hip-hop alongside a good dose of classics. The show also features regular guest mixes, with recent appearances from HouseShoes and Submerse. As the title implies, this is a perfectly crafted show.

Who doesn’t love a bit of old skool? Monsters, that’s who. Honestly, Uncle Dugs’ long-running Rinse show is an absolute must for aging ravers and interested youngsters both – he manages to conjure up the spirit of days long gone and remind us why we all fell in love with the amen break in the first place. The last episode was dedicated to “liquid drum’n’bass” – memories.

NYC DJ veteran Willie Burns (who you might know from releases on Crème Organization, Unknown to the Unknown and L.I.E.S., among others) was responsible for a long-running show on New York’s East Village Radio, but made the switch to Brooklyn’s Newtown Radio when EVR temporarily wound down last year. WTBS broadcasts every Monday at midday and is admirable for its careful eclecticism – sure you might hear vintage disco, electronic experiments and electropop all on the same show, but there’s care and attention behind those picks. He can actually mix too, which is a nice bonus.