For the past two years, Tomas Fraser’s label have released a solid string of grime singles, from Last Japan, Spokes, OH91 and more. They’ve also collected music from their camp and friends on the Coyote Kings compilations, but this is their first foray into full-length artist albums.

Letta is a producer who grew up in Arizona but now lives in LA’s Skid Row. The press release for Testimony comes in Letta’s own words, where he explains that he “was a junkie for years and sold a lot of drugs – it was a super violent, hectic time. The fact that I made it out of that alive and the fact that I’ve stayed clear of drugs or even thought about them in the last five years is a miracle.

“Unfortunately,” he continues, “I can’t even count five of my friends that made it out like I did, but I always clung to my music. No matter what was going on in my life and what I was involved with, I was always making beats – it’s the only reason I’m not dead already … after another run getting involved with the wrong shit in Arizona, I finally just said ‘fuck it, I’m too old for this’, packed up my stuff and bounced to LA.”

As you’d expect from an album on Coyote, grime is a reference point – eski clicks and square wave bass tones are a constant – but it’s an album that also leans heavy on r’n’b, twisting samples from the genre’s late-90s/early-00s period, and Joker’s “purple” sound.

The album will be released in September with artwork from Eliot Holbrow (exact date TBC). Below, stream ‘Ghosts’ and read our Q&A with Letta.

You’ve already alluded to a lot of the stuff that feeds into the record, and it seems a little crude to push too much on that… So some musical specifics. Did you make all these tracks with an album in mind, or is simply the case that you’d made a ton of beats and pick the best ones?

They were all made with an album in mind, yeah. Originally we had talked about doing a single or an EP, but I was in a very dark, self-reflective place at the time so I was making a ton of music. I kept sending them over and eventually we were like, ‘fuck it, we have a whole album here’, so everything was definitely written with this project in mind.

The press release says that every track relates to a specific moment in your life or a specific person, but do they tie into a narrative together? Or is it more fragmented than that?

I guess it’s both. There is a narrative there for sure, but it’s a wider look over many years of my life – different people I won’t ever see again, places I wish I could go back to, things I’ve lost. But it is fragmented, and I think a lot of that has to do with how my mind works. After all the years of drugs and craziness, I remember everything, but in no certain order. I couldn’t tell you if something happened when I was 17 or 24, so it’s fragmented in the sense that I’m trying to create a story from blurry memories and faces I can’t even remember anymore.

You say that you just make beats and hang out with your cat all day, and there’s a track called ‘Recluse’ – is music-making a lonely pursuit for you? Or do you have friends you collab and bounce ideas with?

I think it is kind of a lonely thing for me. I will collaborate with homies for sure, but it’s a personal thing – my therapy almost, if you feel me? When I’m working I’m away somewhere else, it’s the only way I can get all the stuff out of me and release my pain I guess. I’m not good at talking to people and there’s a limit to what you can express through language, so I’m trying to somehow get all the weird, sad shit that’s trapped inside me out through my songs. I’d also like to give a big shoutout to my cat Breakfast. She’s the main person I bounce my songs off – she sits on the monitors all day while I work.

How did your connection with Coyote come about? Given the personal nature of this music, was it a hard decision to let a label release it – and by definition, take control of it in some way?

I hit up Tomas from Coyote on SoundCloud last year and didn’t really think I’d hear anything back, but he hit me up like the next day and we’ve been working on this ever since. It wasn’t hard at all to let a label release it, that’s what I wanted. I want other people to hear it. As far as giving up control, Coyote have been completely supportive and there is no way this record would have ever come about without that guidance and friendship. So no, it was an easy thing to do I guess. Had it not been Coyote, it could have been different but I was shown nothing but love and importantly, I was allowed to do me – whatever that might be.

What’s the significance of the title?

This is my testimony, or least the first chapter anyway. It’s like I’m writing my autobiography – this is what I will leave behind when I’m gone. 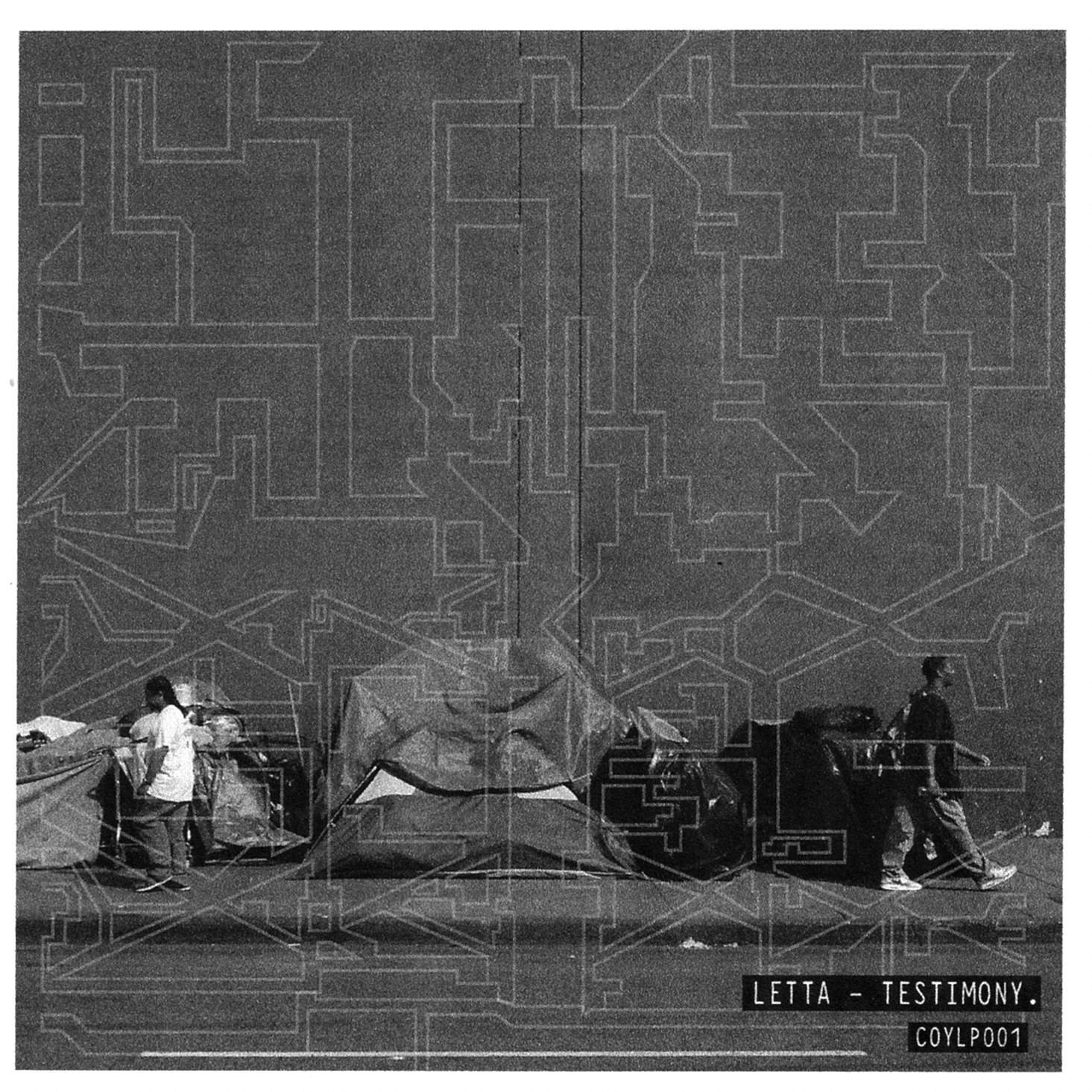