The new wave prankster married Krista Napp last Friday – on the 14th anniversary of the terrorist attack in New York – and was pictured with his new wife in front of a two-pronged cake made to resemble the Twin Towers, with the faces of the new couple placed on top.

The photos appeared on TMZ yesterday (see below) with a predictably outraged write-up, but Casale has now said that the cake was a “set-up” organised by a friend. “He thought it was some sort of transgressive sick humour, and the problem is, it’s not funny,” he explained.

The couple had been forced to get married on September 11 as it was the last day available before their marriage application expired. According to Casale, the cake was made as a response to comments he had previously made to a friend who called their wedding date “macabre”; he’d jokingly described himself and Napp as “the twin towers of love”.

“I apologize to anyone who was offended,” Casale told Billboard, adding that the media attention had “ruined our wedding”. He was particularly troubled that one of his guests might have sold photos to TMZ. “OK, that’s bad taste,” he said of the creepy theme, “but who would have thought that somebody goes and sells shots to TMZ?” 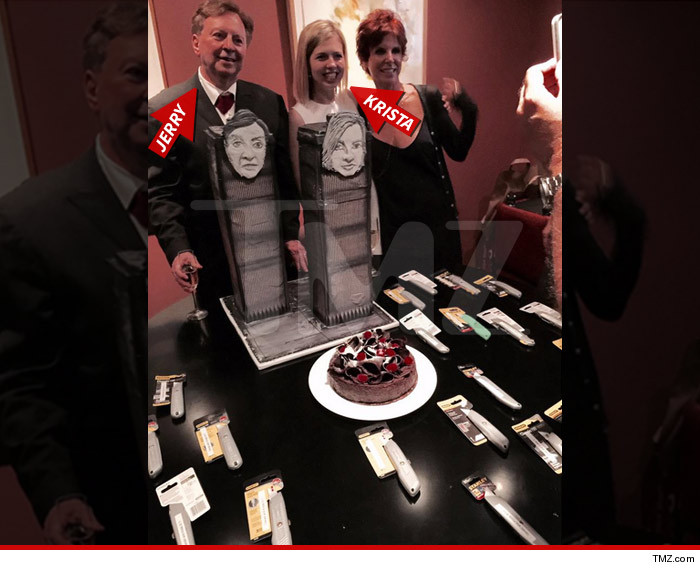