Different Circles back for autumn series with Koreless, Roly Porter, Perc and more

Following the success of the Different Circles summer events in London, the Mumdance and Logos-helmed series is back for another eight dates this autumn.

Taking place on consecutive Sundays at The Victoria in Dalston, the series kicks off on October 11 with an event headlined by Youngsta. The rest of the series sees Perc, Koreless, Roly Porter, Batu, Russell Haswell and many more appear, with Mumdance and Logos alongside Shapednoise as The Sprawl.

You can check the full line-up below, and grab a ticket for the whole series at the Different Circles store, which at £20 is a bit of a steal. 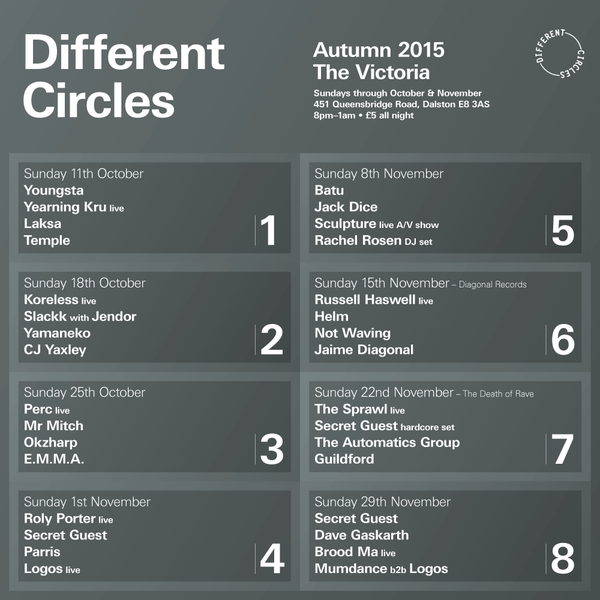