Celebrate the 20th anniversary of the Purple Tape.

Get On Down’s purple tape reissue of Raekwon classic Only Built 4 Cuban Linx was one of the best reissues of 2012. However, it was limited to 1,000 copies, arguably making it rarer than the original purple tape run.

To celebrate the album’s 20th anniversary, Get On Down has teamed with Raekwon for the “Purple Tape Watchbox” edition. Raekwon designed the set’s “look & feel,” and contributed to a 118-page hardcover book that includes lyrics, liner notes and other visuals.

Once again, this is a limited release: only 1,995 copies will be made. The deluxe set is being released only on cassette, but it appears that a bundle with the album on purple vinyl will also be available when the pre-order launches today. Head to Get On Down for more info. 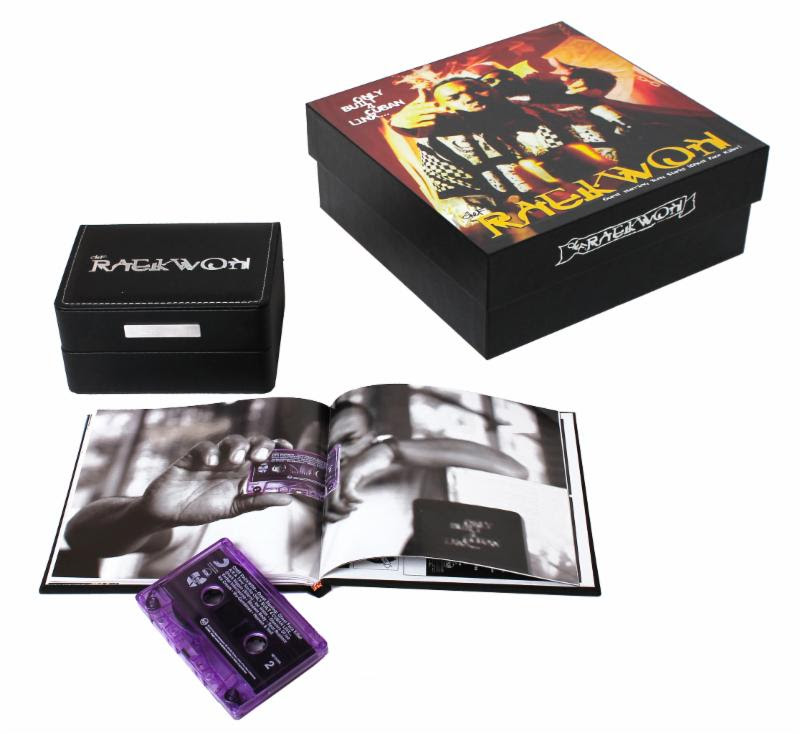