The influential producer flies in from Tokyo for a rare set.

Hip-hop innovator DJ Krush will celebrate the release of his first album in 11 years, Butterfly Effect, with a long-awaited return to London next year.

The Japanese DJ, whose music was a major influence on the leftfield beat scene led by Flying Lotus and Daddy Kev, will play his first show in the capital in two years at Electric Brixton on March 19.

Support comes from Brainfeeder producer and musician Free The Robots and DJ Krush’s Mo’Wax labelmates Attica Blues, who are reforming after a five-year hiatus.

It’s a proper Saturday night line-up too, running from 10pm to 4am. Tickets are available now from Soundcrash. 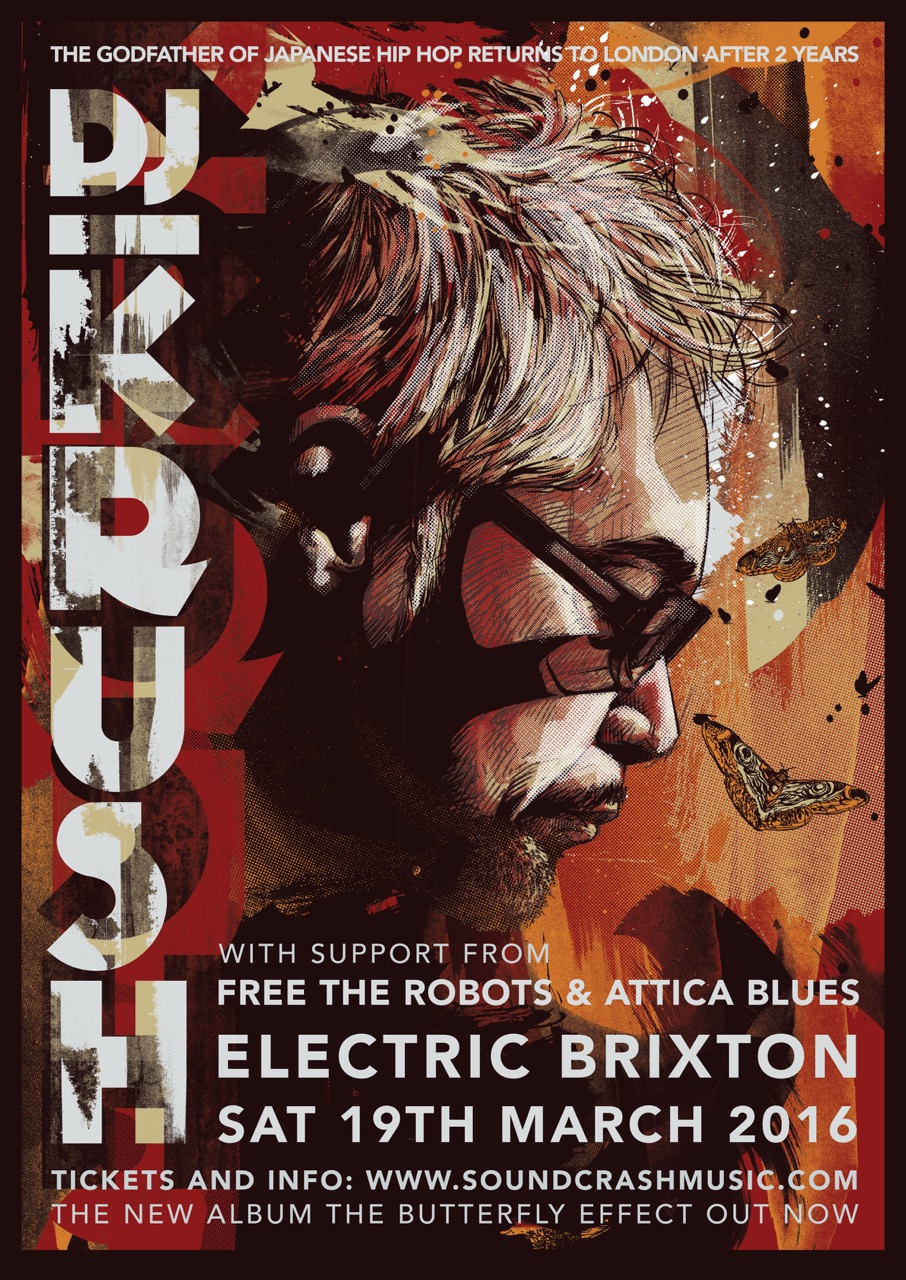