Take the first look at the 25th anniversary reissue of the group’s iconic debut album.

A Tribe Called Quest reunited on the Tonight Show last week in celebration of the 25th anniversary reissue of 1990’s People’s Instinctive Travels and the Paths of Rhythm. Now you can take a look at their reissue which has been put together by Get On Down — the same company that brought us brilliant reissues like the Liquid Swords chess set.

The box set spreads the newly remastered album over eight vinyl “small hole” 45s, with unique artwork on each one along side a new bonus track (‘If The Papes Come (Remix)’) and three other songs not included on the original release. It all comes snuggly packed in a carrying case illustrated with the album’s original artwork. Take a look at it below and order now via Get On Down. 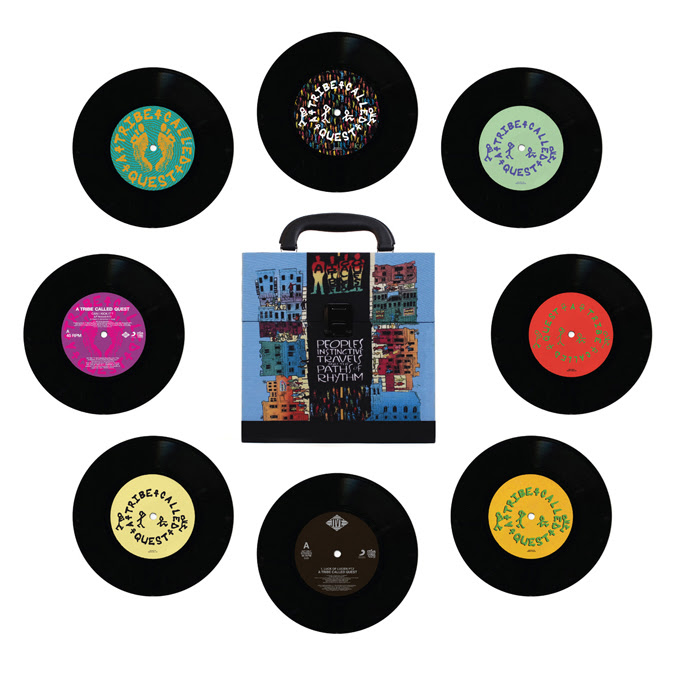 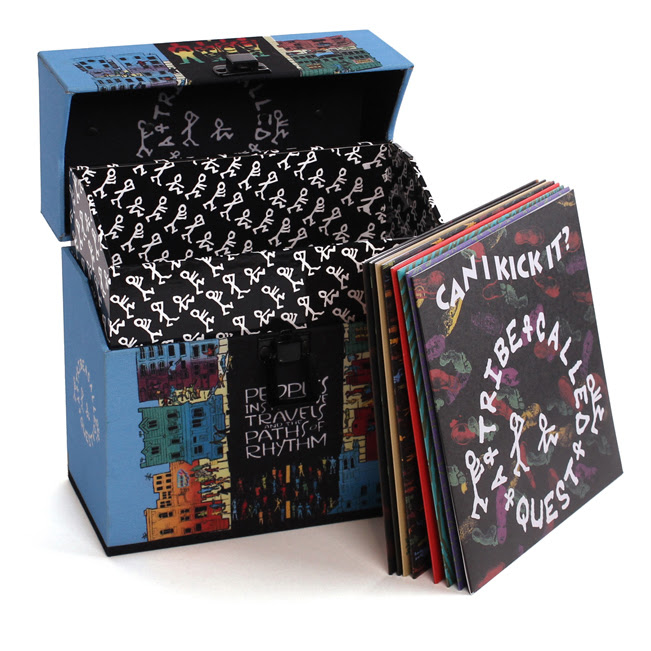