The soundtrack and score for this year’s surprise summer blockbuster will arrive next year.

Straight Outta Compton: The Soundtrack (not to be confused with Dr. Dre’s Compton: A Soundtrack) will include remastered versions of N.W.A’s ‘Express Yourself’ and ‘Quiet On Tha Set’, while Straight Outta Compton: Original Motion Picture Score comprises music composed and conducted by Joseph Trapanese. Both will get a worldwide release on digital and CD on January 8, 2016, with the former coming as a 2LP vinyl set as well.

Coinciding with the musical releases, the director’s cut of Straight Outta Compton is coming on digital HD on January 5, 2016, with Blu-ray, DVD and On Demand versions out on January 19. Bummer for anyone who was hoping to find a DVD in their Christmas stocking, but the new version does include deleted scenes, a behind-the-scenes revisit of N.W.A’s famous Detroit performance and commentary from director F. Gary Gray.

Not everyone was delighted by the success of the film, with N.W.A’s former manager Jerry Heller currently suing for defamation based on his portrayal in the film by Paul Giamatti. Read Claire Lobenfeld’s review of Straight Outta Compton. 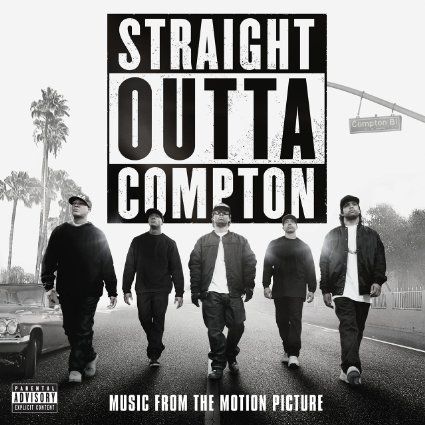