The voice of Archer and Bob’s Burgers really should have learned piano first.

Comedian and voice actor H. Jon Benjamin has released a comedy jazz record on Sub Pop. Billed as “Jazz Daredevil” Jon Benjamin, the album is entitled Well, I Should Have…* with the footnote *learned how to play piano, which tells you everything you need to know about the project.

Benjamin recorded the album with an actual jazz trio, and it’s described as “the culmination of hours (almost 3) of conception with the goal to bring something, in the tradition of the great vanguard jazz artists like Miles Davis, Roach, Mingus, Monk, et al, close to pure spontaneity.”

He writes: “Jazz is the ocean…I am just one wave forming one curl, crashing once onto some remote beach somewhere in time. And that wave makes a small imperceptible change in the slope of the sand, upon which at some point in time a baby turtle will walk across, leaving his trail for just an instant, before the tide washes it clean. That’s a pretty cool analogy. More to the point, I do not play piano and I made this jazz album.”

Watch a video about the album below via The A.V. Club. The cover art and tracklist follow, and the album is available to order (on LP or digital) via Sub Pop. 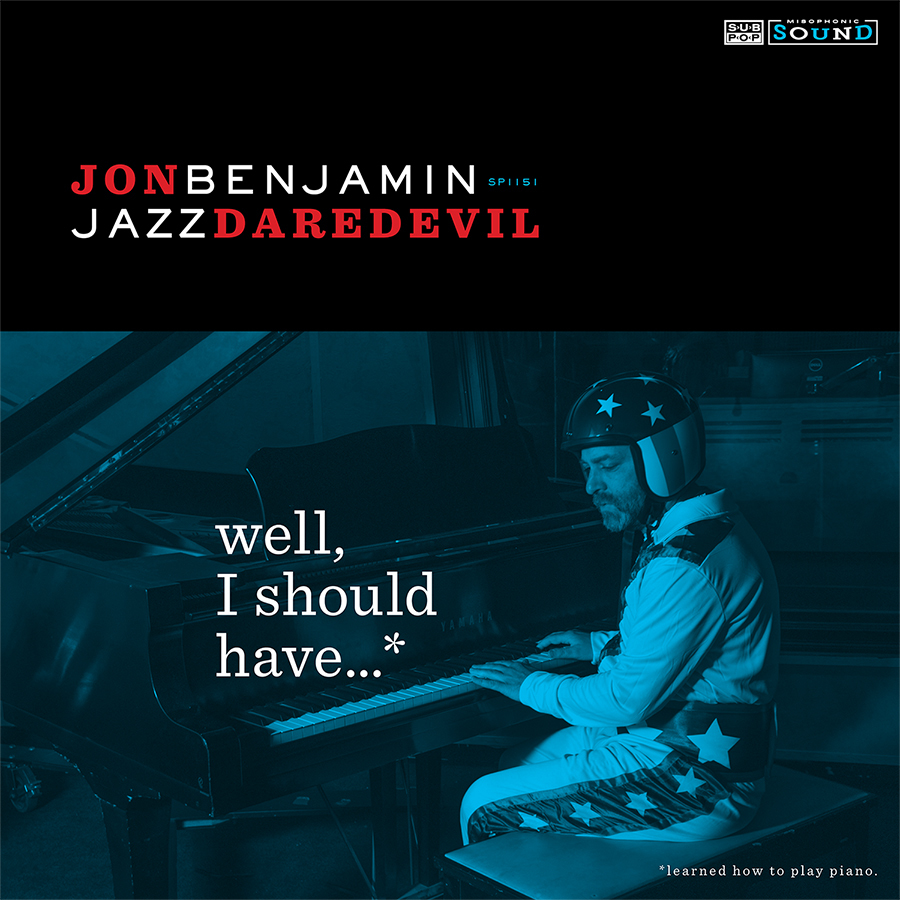