Ringo Starr is auctioning copy #0000001 of The White Album

The Beatles drummer is selling off the ultimate trophy records for fans of the band.

Ringo Starr is actually selling over 1,300 items on Julien’s, the Beverly Hills auction house that specialises in celebrity tat. In amongst Starr’s jewellery, art and more is his original UK pressing of The Beatles’ classic White Album, numbered 0000001.

According to Dangerous Minds, it’s widely accepted that copies one to four of the record are in the possession of Beatles members, but it was also assumed that 0000001 belongs to John Lennon (a view echoed by Paul McCartney, who once said that Lennon “shouted loudest” for it.) Psyche! Turns out Ringo had it all along, and apparently had it stowed away in a London bank vault for over 35 years.

Bidding starts at $20,000, but will presumably rise to much higher. Proceeds from the auction will go to the Lotus Foundation, which Starr and his wife Barbara Bach founded to “fund, support, participate in and promote charitable projects aimed at advancing social welfare in diverse areas.”

Chance your luck over at Julien’s. [via The Vinyl Factory] 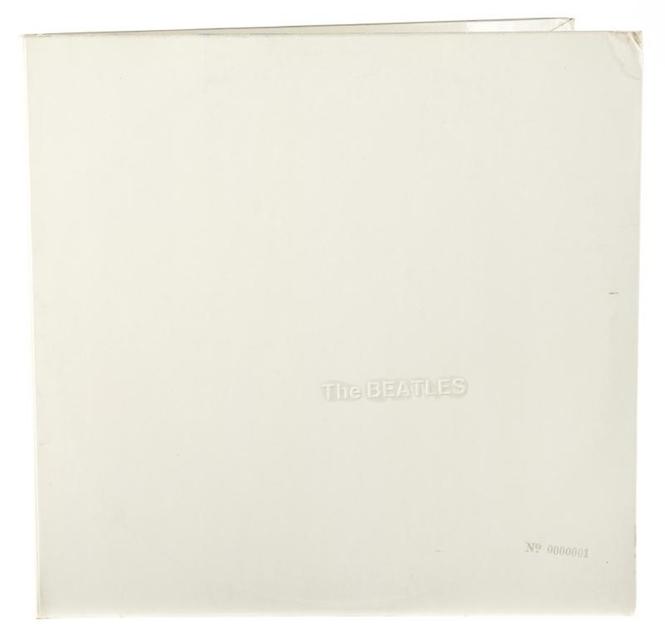